Harsh words must be avoided in front of children: Assam CM 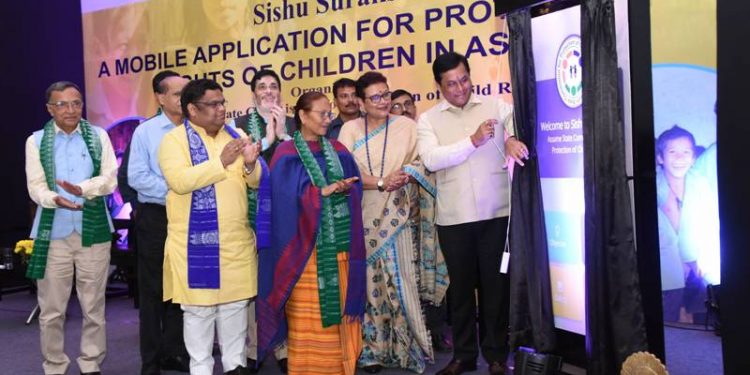 Chief minister Sonowal said children had limitless possibilities within themselves and parents must avoid the tendency to pressurise their wards for success while letting them grow naturally.

He also stressed on the need to avoid harsh words while addressing children as bad or vulgar words could impact their psychology negatively.

Remembering the first Prime Minister of India Jawaharlal Nehru on his birth anniversary, chief minister Sonowal urged the society to put emphasis on the holistic development of children as today’s children would carry forward the future society.

Only enacting laws would not prevent crimes against children and proper awareness must be generated in all corners of the state so that more people could use the Shishu Suraksha app for securing the rights of children.

Calling on the people to sustain the qualities of humanity, empathy, respect in the society, Sonowal underlined the importance of keeping the children away from superstitions and dogmas by instilling a scientific temperament in them.

Sonowal also said deputy commissioners would be directed to observe a particular day at panchyat and ward levels to influence the children’s minds positively.

He also stressed the need for the parents to become aware about social evils like drugs and said that teachers must take up the moral responsibility to imbibe cultural sensibilities in the children.

Chairperson of Assam State Commission for Protection of Child Rights, Sunita Changkakoti delivered the welcome address in the programme which was attended by social welfare minister Pramila Rani Brahma, Assam DGP Kuladhar Saikia and chairperson of National Commission for Protection of Child Rights, Priyank Kanoongo among others.