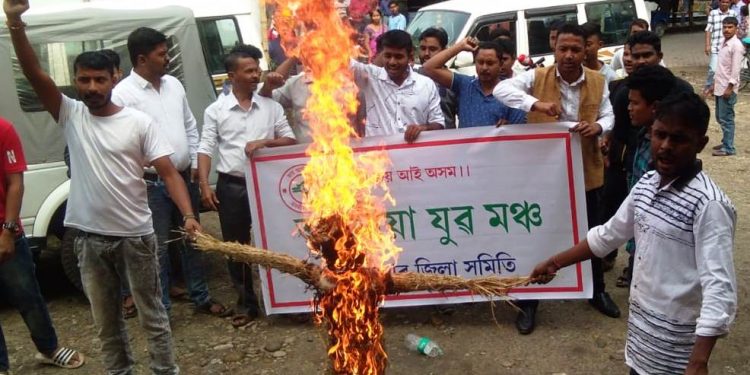 Two transport department officials from Lakhimpur were suspended for their alleged demand of bribes from truckers.

Their act was caught on camera and went viral in the social media.

The action was taken in view of the incident which occurred at North Lakhimpur on November 16 by state transport minister Chandra Mohan Patowary.

The minister instructed the principal secretary and commissioner, Department of Transport to place the officials involved in the incident under immediate suspension.

Following the minister’s order, the Transport Department placed Palash Jyoti Hazarika and Rajen Panging, both assistant enforcement inspectors in the office of the District Transport Officer, Lakhimpur under suspension under Rule 6 (1) (a) of the Assam Service (Discipline and Appeal) Rules 1964 with immediate effect.

The commissioner of Transport will inquire the matters and submit report within 15 days, an official announcement received late Monday evening stated.

Earlier on Monday, the Asomiya Yuva Mancha demonstrated in front of the District Transport Office, North Lakhimpur and burnt the effigy of state transport minister Chandra Mohan Patowary in protest of the open bribery practices by the officials of his department in Lakhimpur district.