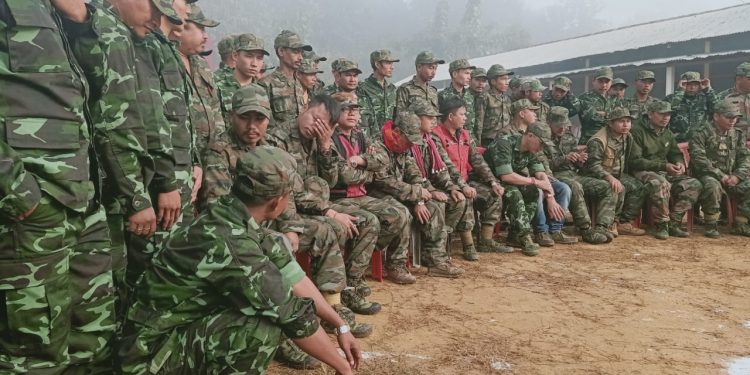 Participating in the celebration was executive member (EM), Karbi Anglong Autonomous Council (KAAC), Ratan Teron where he mentioned about the problems and difficulties in the KPLT camps as the cadres staying in the camps cannot move out to work.

He assured the KPLT that he would impress upon the State Government and the Central Government about their problems as well as their demand for statehood.

It has designated camps at Bakulia and Kolonga in West Karbi Anglong.

Panchayat & Rural Development (P&RD) Board chairman, Kanjang Terang, who is himself a former leader of disbanded United People’s Democratic Solidarity (UPDS) said the KPLT need patience and should continue to stay in the camps untill the government invite them for talks.

“I have also been in an armed struggle like you and I know the bitterness and hardship in the jungle,” Terong said.

“During ceasefire you need to abide by the rules and regulations set by the government,” he added.

“You need to be patience and wait for invitation from government for talks,” he reiterated.

“Interlocutor A B Mathur has asked me to negotiate with you to prepare the way for meeting the interlocutor and to have talks with the government and I am pursuing it,” Terang further informed.