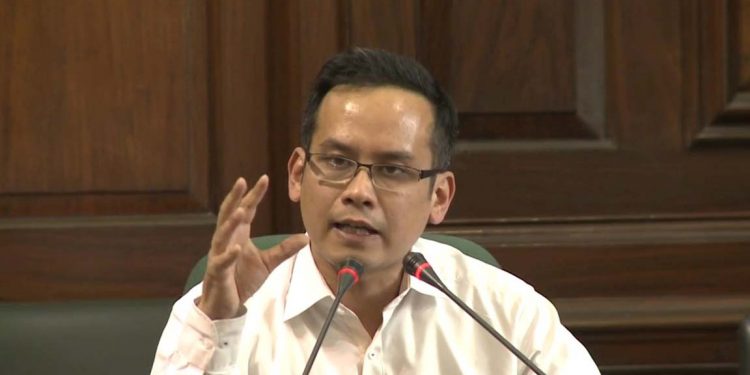 Assam’s Kaliabor MP Gaurav Gogoi on Thursday lashed out at the BJP for ‘ineffective cyber security’ after Whatsapp confirmed that several Indian users had been targeted by Israeli spyware Pegasus to spy on them from their mobile phones.

The Central Government on Thursday said it had asked WhatsApp to explain the breach of privacy of Indian users who were targeted by the Israeli spyware earlier this year.

The users who were targeted by the spyware included journalists, activists, lawyers and senior government officials.

‘Government of India is concerned at the breach of privacy of citizens of India on the messaging platform WhatsApp. We have asked WhatsApp to explain the kind of breach and what it is doing to safeguard the privacy of millions of Indian citizens.’

As per reports, the Israeli spyware is believed to have developed by a company NSO.

NSO had claimed that its sells its spyware only to ‘vetted and legitimate government agencies’.

Kaliabor MP Gaurav Gogoi on Thursday criticized the BJP government for enquiring WhatsApp instead of the Israeli spyware firm.

‘Instead of WhatsApp why isn’t the BJP government asking questions of the Israeli spyware firm? The firm is in a better place to reveal who ordered the surveillance on journalists and activists. Simply restricting the enquiry to WhatsApp seems to be a cover- up.’

Gogoi on Friday also lashed out at the BJP for remaining ‘quiet about engaging Israeli firm NSO regarding their illegal and dangerous surveillance on Indian activists and journalists’.

On Friday he tweeted:

‘Day 2 and BJP Government still quiet about engaging Israeli firm NSO regarding their illegal and dangerous surveillance on Indian activists and journalists. Whether it’s our nuclear plant or our citizens, BJP has been ineffective on Cyber Security.’

Meanwhile, BJP also responded against the criticisms it has been facing from its opposition parties.

IT minister Prasad reminded the opposition parties about the major snooping incidents that occurred prior to BJP’s rule.

‘Those trying to make political capital out of it need to be gently reminded about the bugging incident in the office of the then eminent Finance Minister Pranab Mukherjee during UPA regime. Also a gentle reminder of the spying over the then Army Chief Gen. V. K. Singh.”