Journalist Mrinal Talukdar’s book selected by US Library of Congress 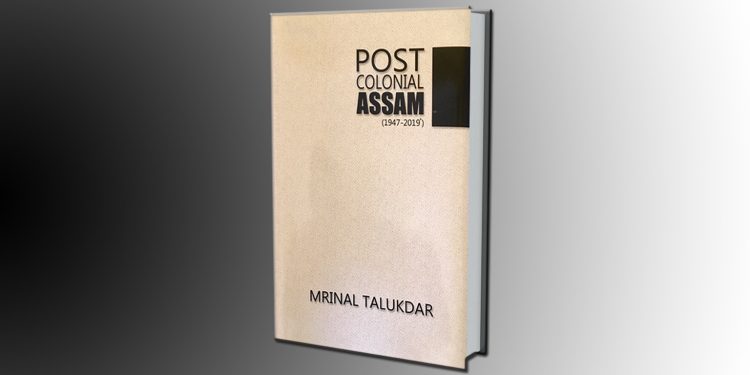 The cover of the book

The Post Colonial Assam (1947-2019) by senior journalist Mrinal Talukdar has been selected by the US Library of Congress, Washington.

The book will be kept in their Washington based grand library for future South Asia Studies.

This is one of the first books from Assam on its contemporary social situation has found a place in the US Library of Congress.

The Post Colonial Assam (1947-2019) is the first major study of the post-independent Assam and its happening, which is unparalleled in the history of India.

The book is published by the Nanda Talukdar Foundation and although a soft launch of the book was done, a hard launch of it would take place towards the end of 2019.

The book has 11 chapters starting from Assam after Independence to the Citizenship (Amendment) Bill (CAB).

This is the first and only major book of events that occurred in Assam after Independence.

It has documented the entire journey of the past seven decades, many of which have been violent.

It also covers the rise of the BJP in Assam, NRC and CAB besides 15 years of Tarun Gogoi regime.