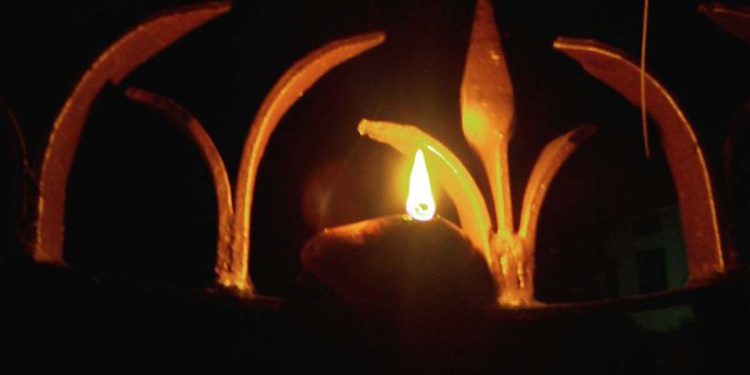 The Jorhat district unit of the AASU along with 30 other ethnic groups paid tribute to the five martyrs who lost their lives during protests against Citizenship Amendment Act (CAA) 2019 in Assam.

The All Assam Students’ Union (AASU) organized lighting of earthen lamps and candle lights in 13 public places at Jorhat to pay homage to the martyrs including a 17-year-old student.

While four anti-CAA protestors lost their lives due to bullet injuries in Guwahati, another protestor died after being beaten up by security force personnel at Dibrugarh.

People in the 13 localities attended the tribute-offering function to the martyrs.

The people came out in large numbers to the centrally-organized lighting ceremony of 1,000 lamps at the Millennium Park in Baruah Chariali here by the Jorhat regional unit of the AASU.

In response to the call given by the AASU to light earthen lamps or candles in the evening of the New Year in memory of the martyrs, a large number of homes here were seen with candles and lamps burning in the front yards.

Business establishments here too were seen lit up with candles and lights in front of their buildings as a mark of respect and tribute to the CAA martyrs.

Several speakers and artistes rendered patriotic songs, poems, and speeches at the function.