Assam: Jorhat gets its first containment zone after youth tests positive for Covid-19 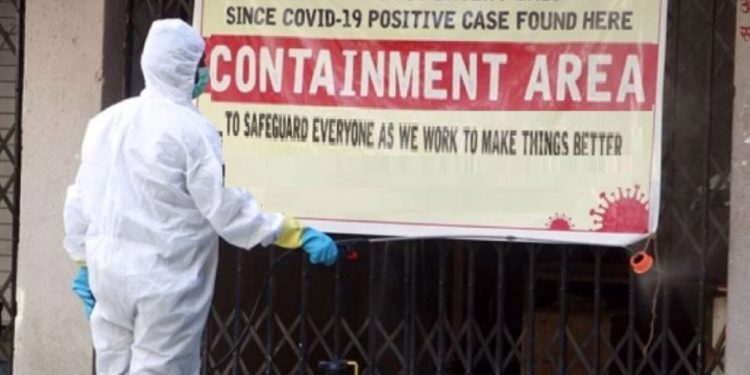 Jorhat in upper Assam got its first containment zone at the Sonari Gaon area after a 29-year- old youth, who had returned from Diphu recently tested positive for Covid 19 on Saturday.

Deputy commissioner Roshni A Korati said that the containment zone would be 100 metres on both sides of the road at Tarajan 1 No Sonari Gaon, Bylane No 1.

A district administration official said that the youth identified as Lakhyajit Bordoloi got him tested at Jorhat Medical College and Hospital (JMCH) on June 18, after he reportedly felt unwell.

He has been shifted to JMCH for treatment.

After returning from Diphu on June 16 he had also gone and attended a wedding nearby where he had come into contact with several people, a series of photos of the wedding attended by a huge number of people was uploaded on social media.

The official said that about 40 persons had been identified as having come into contact with 40 persons and their swabs will be taken tomorrow.

The deputy commissioner said that orders had been given under Assam Covid -19 Regulations 2020 to seal the place and containment zone will remain in place until further orders.

All residents inside the area will have to maintain home quarantine.

The youth is reported to be working for a private insurance company and had gone to Diphu on some works.

Till date 8,187 persons who have arrived by vehicles, trains and flights have been tested in Jorhat.