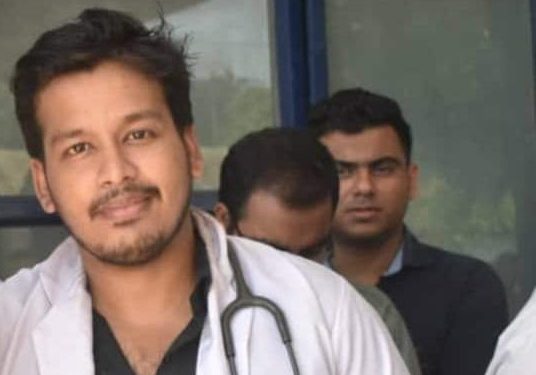 One person was killed while another sustained serious injuries in a road accident in eastern Assam’s Sivasagar district late Sunday night.

The accident took place when the Maruti Zen car in which the victims were travelling collided head on with a truck coming form the opposite direction on the National Highway 37.

The accident took place at Charing Duarpar in the district at around 2:30 am.

The deceased has been indentified as Dr Pratyush Kujan Kaushik.

He was a postgraduate student of Jorhat Medical College.

He originally hailed from Malou Ali in Jorhat.

The injured has been identified as Ranjan Borthakur.

He hails from Bamungaon of Torajan in Jorhat.

Ranjan was later shifted to Dibrugarh Medical College and Hospital for further treatment.

They were returning from Sivasagar to their home town at night.