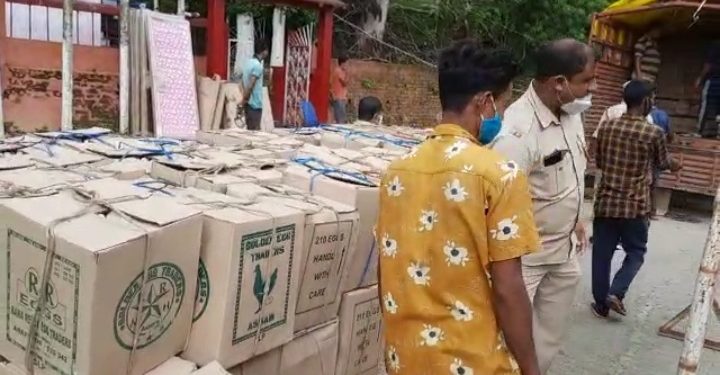 The police on Monday seized illegal liquor worth Rs 3.4 lakhs from Bazaricherra in Assam’s Karimganj district.

The police intercepted a truck that was carrying the illegal liquor at the Churaibari watch post under the  Bazaricherra Police Station.

The truck was carrying various goods including 150 cartoons of illicit liquor.

According to police sources, the truck bearing the registration number TRO2H-1654, was on its way from Guwahati in Assam to Koilasara in Tripura’s Unakoti district when it was intercepted by the police at the Churaibari police outpost.

The driver of the vehicle, Bullet Debbarma was arrested and taken to the Bazaricherra Police Station for interrogation.

The accused, who is a resident of Koilasara, will be produced in court on Tuesday.

During preliminary interrogation, Debbarma told the police that he was supposed to collect the liquor from Guwahati and go to Kailashahar in Tripura on Sunday.