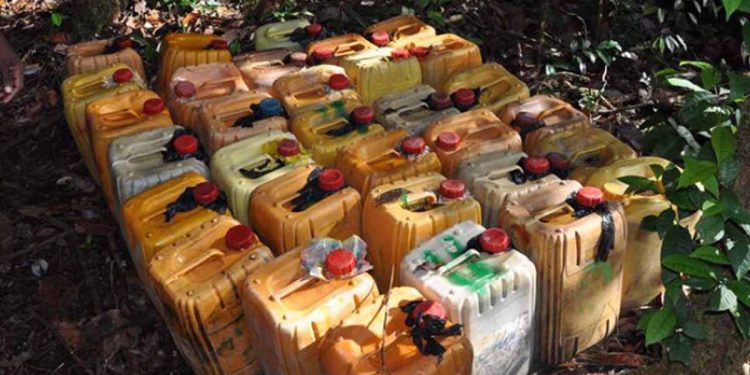 The police also took the resident, identified as Naseer Ali, into its custody after recovering the diesel stock.

Police informed that Ali had procured the diesel from Meghalaya and had hidden it at his house.

The police carried out the search operation after they received a specific input about the illegal storage of the diesel.

In the raid, apart from the diesel, the police also seized 102 bags of rice.

Police further informed that Ali is a history-sheeter and he was caught previously for several other offences.

They further said that Ali was in touch with a few local oil depots and he was to sell the diesel to these depots.

Till the filing of this report, Ali was being interrogated for more information.