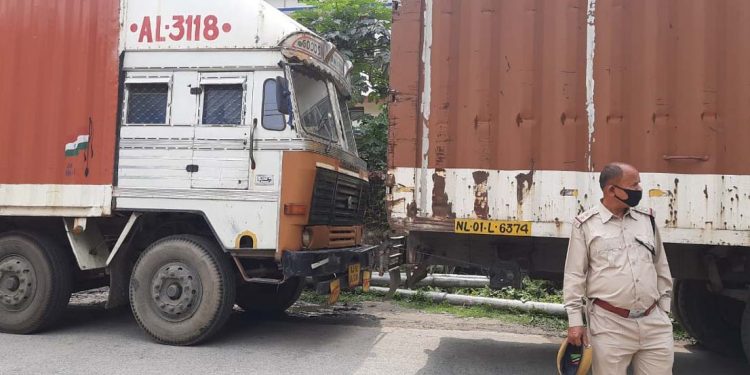 A team of Excise Intelligence Bureau with the help of Mangaldai police on Thursday seized a huge consignment of illegal Arunachali liquors worth Rs.35 lakh along with two trucks.

Following an operation carried out on the basis of secret inputs, the joint team seized the 10-wheeler trucks along with 2,400 cases of Arunchali liquor near the NRL petrol pump at Mangaldai in Darrang district.

According to official sources, the vehicles reached Mangaldai from Arunachal Pradesh through the inter-state border.

The team of Excise Intelligence Bureau chased down the vehicles bearing registration numbers NL-01 L-6374 and RJ-52G A-1305 (this vehicle being blacklisted by various RTOs in different states) after a 4-hour-long operation with the help of Mangaldai police amidst lockdown.

The Union home ministry in one of its latest guidelines ordered complete and strict restrictions on the sale of liquors across the country.

Assam excise minister Parimal Suklabaidya has expressed gratitude towards the joint operational team for their success in the crackdown on the illegal liquor.

Alak Dutta, general secretary of the All Assam Liquor Trade Association has also thanked the joint team for the major breakthrough.

Meanwhile, Sailendra Pandey, PRO to the Assam excise minister, has also thanked Mangaldai Police for the support and cooperation extended during the operation.

Pandey said the Commissioner of Excise has directed the department officials to take stringent actions against the persons, who have been apprehended and those connected to the illegal trade, under the provisions of the Assam Excise Act.