The proposed CNN model outperformed the transfer learning approaches displaying an accuracy of 97.5 per cent 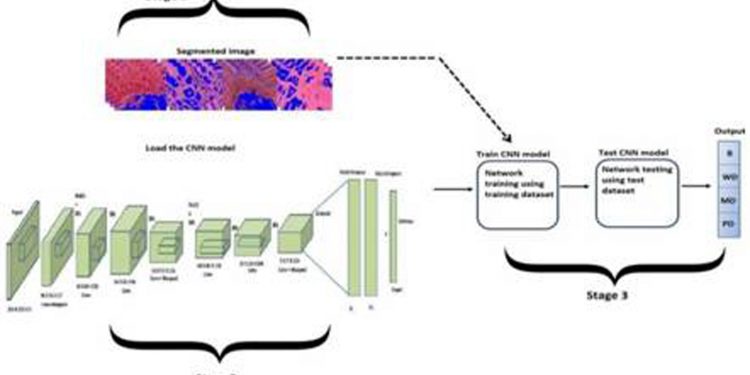 Scientists of Institute of Advanced Study in Science and Technology (IASST), Guwahati, have developed an artificial intelligence (AI) based algorithms as an aid to rapid diagnosis and prediction of oral squamous cell carcinoma.

The framework developed by the research group at the Central Computational and Numerical Sciences Division, IASST led by Dr Lipi B Mahanta, will also help to grade of oral squamous cell carcinoma.

An indigenous dataset was developed by the scientists through collaborations to make for the unavailability of any benchmark oral cancer dataset for the study.

Four candidate pre-trained models, namely Alexnet, VGG-16, VGG-19, and Resnet-50, were chosen to find the most suitable model for the classification problem, and a proposed CNN model developed to fit the problem.

Although the highest classification accuracy of 92.15 per cent was achieved by the Resnet-50 model, the experimental findings highlight that the proposed CNN model outperformed the transfer learning approaches displaying an accuracy of 97.5 per cent.

The work has been published in the journal Neural Networks.

As of now, the group is set for converting the algorithm into proper software to move on to carry out field trials.

This is the next challenge that the group is prepared to meet, considering the ever-present gap between the health and IT sectors.

Dr Mahanta aspires for all the advanced infrastructural support to meet these challenges and feels that the software needs to be actively tested in hospitals, to make it truly robust, more accurate, and real-time worthy.

Around 16.1 per cent of all cancers amongst men and 10.4 per cent amongst women are oral cancer, and the picture is all the more alarming in NE India.

Oral cavity cancers are also known to have a high recurrence rate compared to other cancers due to the high consumption of betel nut and tobacco.

The cellular morphometry highlighting the tumour growth displays a very minute histological difference separating the three classes, which are very hard to capture by the human eye.

It has remained elusive due to its highly similar histological features, which even pathologists find difficult to classify.

The advent of deep learning in AI holds an extraordinary prospect in digital image analysis to serve as a computational aid in the diagnosis of cancer, thus providing help in timely and effective prognosis and multi-modal treatment protocols for cancer patients and reducing the operational workload of pathologists while enhancing management of the disease.