Assam: Hundreds of cattle die in second wave of flood in Dibrugarh 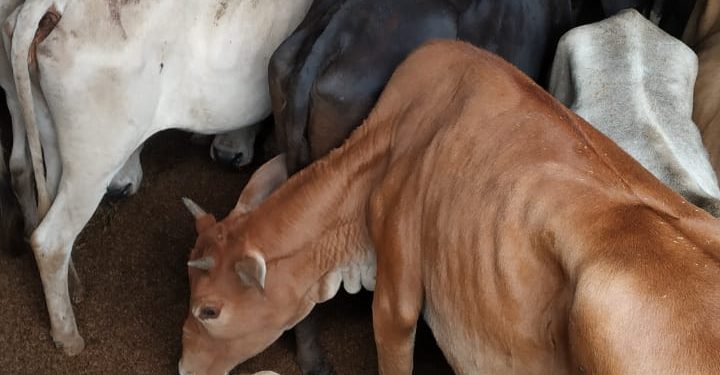 Flood wreaked havoc in upper Assam’s Dibrugarh by taking the lives of 297 big and small animals so far.

The second wave of flood caused huge devastation by damaging the lives and property of people and their livestock.

Hundreds of cows and buffaloes reared by cattle rearers in the sand bars have been swept away due to the massive floods which created havoc recently in Dibrugarh district.

The cattle rearers said that they have lost hundreds of their domestic animals like cows and buffaloes due to floods and also due to starvation.

“Our cattles died due to flood and starvation. This year flood caused huge destruction to our crops due to the marooned flood. Every year flood and erosion causing damages to our crops and animals,” said a cattle rearer.

As the floods left behind thick layers of silt over the grass, the animals are hardly finding space to graze.

The cattle rearers also complained that despite several distress calls nobody from the Dibrugarh district administration nor from the Veterinary department came to take stock of the pathetic situation.

The cattle rearers have not received any assistance from the government till now including supply of fodder for the starving cattle.

“Flood water receding from many places and the people were returning to their homes from relief camps,” he said.

“Only eight people of Rongmola area are staying at a relief camp at Chabua,” he added.

Every year, Dibrugarh has been affected due to flood and erosion and many bighas of land were eroded into river.

Chief minister Sarbananda Sonowal had recently visited Rohmoria to took stock of the flood and erosion problem and announced three schemes of Rs 25 crore to control the marauding erosion.