Assam: Hojai to host poets’ meet to foster bond of unity and integrity 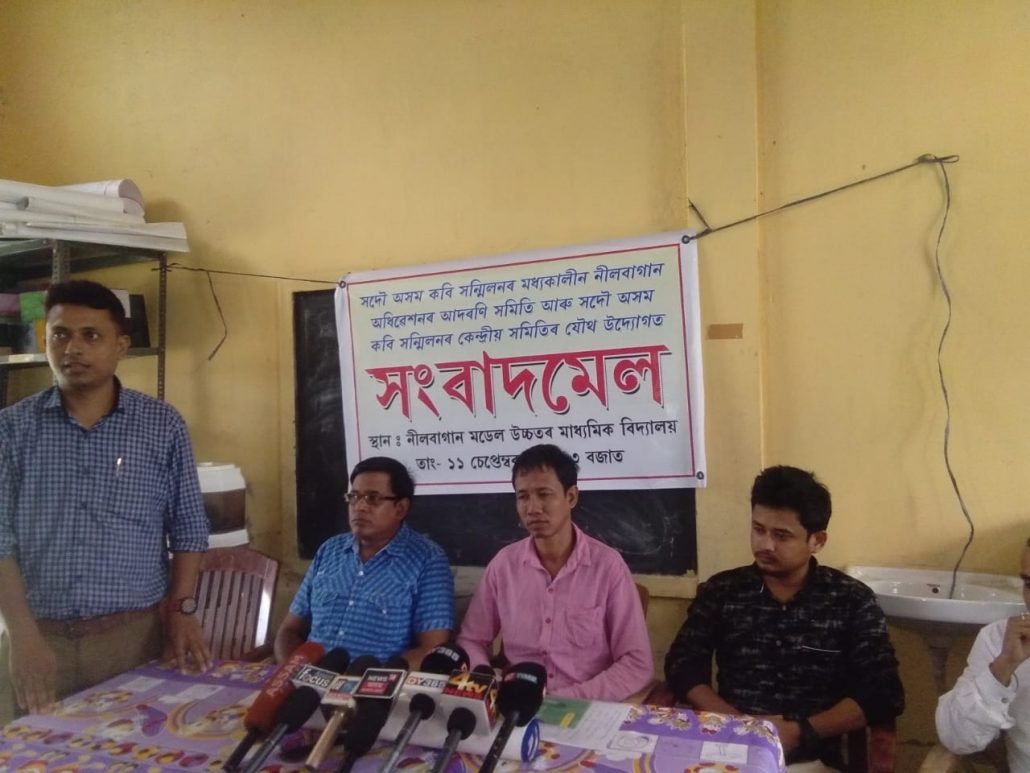 The 15th Midterm State Level Convention of Sadou Asom Kabi Sanmilan is going to be held on September 29 to October 2 with an extensive four days programme at Nilbagan of Hojai district in Assam.

As per a press release, Ujjal Powgam, secretary general of State Sanmilan Program stated that around 50 books on poems will be released on that occasion.

He said a number of noted poets and intellectuals of the State including many writers, poets and litterateurs from different parts the country will take part in the conference.

Also many distinguished poets are going to be conferred with titles at the Sanmilan.

According to the organizers the conference will establish a bond of unity and integrity.

A book fair will also be organized on this special occasion. The members of Sadou Asom Kabi Sanmilan has appealed to all the sections of the society for their invaluable co-operation to make the event a grand success.