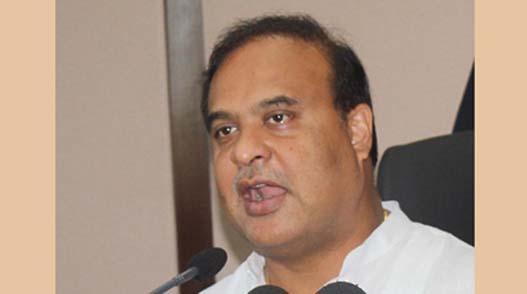 Assam finance minister Himanta Biswa Sarma on Monday questioned about the emotions behind writing anti-CAB slogans across the freshly painted walls in Guwahati.

The city has been given a new look with fresh coats of paint on walls, road dividers and pavement railings ahead of the Indo-Japan Summit on December 15 next.

Moreover, the State Government is leaving no stone unturned to ensure that the city is thoroughly decked up ahead of the Indo-Japan Summit through the massive clean-up and beautification drive that is still underway.

Himanta on Monday shared a few pictures on his Twitter handle which showed anti-CAB slogans such as ‘No CAB’ ,’Oppose CAB’ written across the freshly painted walls of Guwahati.

He also asked whether these slogans were written out of ‘demonic joy ‘ or ‘democratic protest’.

It may be mentioned that raging protests have been going on across the nation against the controversial bill that proposes to grant Indian citizenship to non-Muslim refugees from Bangladesh, Pakistan and Afghanistan.