Assam: GOC Deepak Mehra is all praise for traditional sports

Khomlainai will reach the world arena very soon and will be recognized in Olympics in future: GOC Deepak Mehra 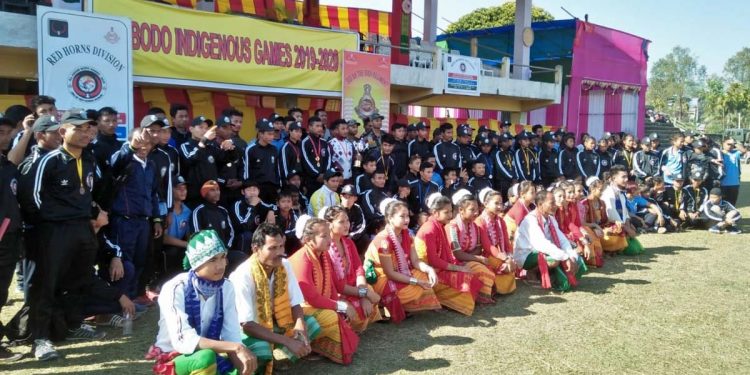 The General Officer Commanding (GOC) of Army’s Red Horns Division, Deepak Mehra on Monday was all praise for the traditional sports played by different indigenous communities.

The events were organized by the 3rd Sikh Regiment of the Army in association with the Sonitpur District Bodo Indigenous Games Association at Dhekiajuli Sports Association field on Monday.

While speaking on the occasion, GOC Deepak Mehra expressed his happiness to witness various traditional sports played by the indigenous tribal people in the region.

He said, “The Bodo tribe has lots of traditional sports and the Bodo Khomlainai has become a very popular game not only in Assam but also in different parts of the country as well.”

Mehra hoped Khomlainai will reach the world arena very soon and will be recognized in Olympics in the future.

Saying that there are a lot of sports talents in Assam, Mehra said there are many national and international players from the Bodo tribe who are shining in various games.

“The youths of the region should come forward to the sporting arena for a strong physique as well as for the state and nation-building,” he said.

“The Army unit will continue to sponsor the indigenous game events every year with a view to preserve and promote traditional sports,” GOC Deepak Mehra added.