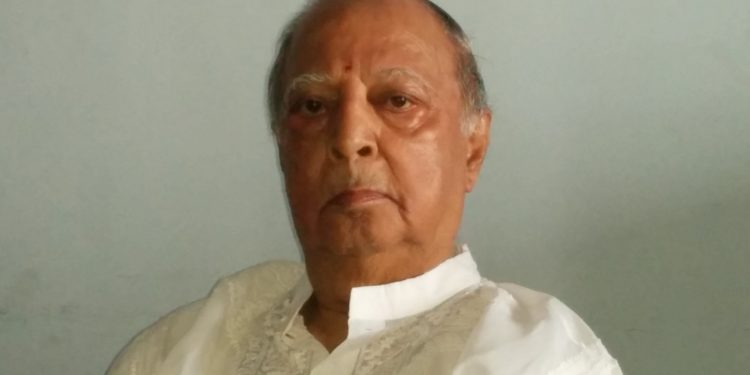 Justice SN Phukan former Judge of Supreme Court who hailed from Jorhat, passed away on Sunday morning at 6 am in a hospital at Jorhat.

He was admitted to hospital on Saturday.

Deputy Commissioner Narayan Konwar said that Phukan would be given a state funeral with full honors at the Tarajan crematorium here tomorrow at about 9 am.

81-year-old Phukan, enrolled as an advocate in 1962 and joined Gauhati High Court Bar the same year after obtaining a law degree.

He was appointed to the Assam Judicial Service in 1963.

He joined the Meghalaya government in July, 1970 and worked in the Law Department. He was also appointed as the Law Secretary and Legal Remembrancer in January, 1976.

Phukan was also appointed as a part-time member of the Meghalaya Board of Revenue and part-time lecturer, Shillong Law College.

The former Justice was a member of Law Faculty of the North-Eastern Hill University (NEHU). He was also appointed as the Commissioner for departmental enquiries for senior officers of the State.

Legal advisor to various organizations of the State Government, Phukan took active part in a legal aid programme in North Eastern States before being a Judge of the High Court.

Later he was appointed as permanent Judge of the Gauhati High Court on October 11, 1985. He was then transferred to Himachal Pradesh High Court and appointed as Chief Justice of that High Court.