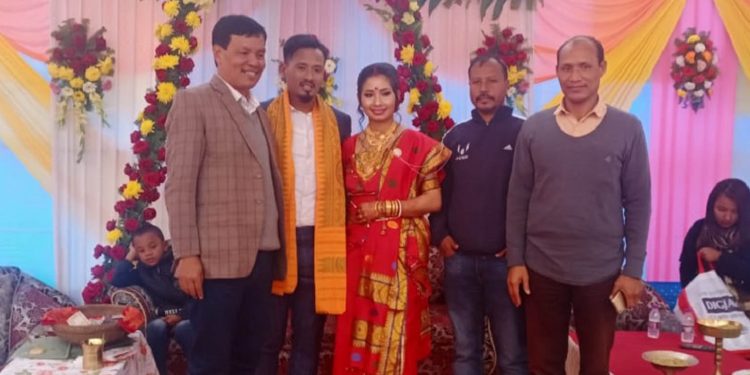 Durga Boro (second from left) with his wife and some other guests.

Assam footballer Durga Boro got married to Mrinalinee Chaliha in a simple ceremony on Monday.

Many of his former colleagues, friends and family members were present at the wedding and blessed the new couple.

Boro, who plays as a striker for Ozone FC of the I-League 2nd Division, was born in Kokrajhar district of Assam.

He has also played 6 Indian Super League (ISL) matches and has scored 1 goal.

His solitary goal in the ISL came against Chennaiyin FC on November 24, 2014.

His journey as a footballer began in 1999 when he represented his school in the Subroto Cup and then he joined the Sports Authority of India, Guwahati.