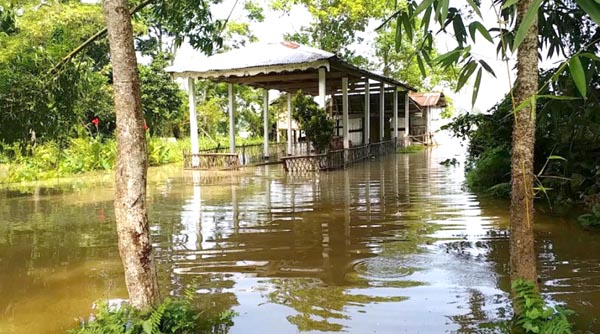 Floods wreaked havoc in Majuli after water from the Brahmaputra and its tributaries entered the villages located along the riverine areas outside the embankment.

Around Twenty-four revenue villages were submerged when the water entered the villages.

A district administration official informed that water level in the rivers rose since September 13 following heavy rains in Arunachal Pradesh in the past few days. On Saturday water started flooding the villages.

The floodwaters severely affected five villages, while the other 19 villages, were a little better with less inundation, reports The Assam Tribune.

Over 6,000 people have been hit by this wave of floods. The district administration has sounded an alert, with Majuli Deputy Commissioner Deba Prasad Misra, who is the Chairman of the District Disaster Management Authority, keeping a close watch on the situation.