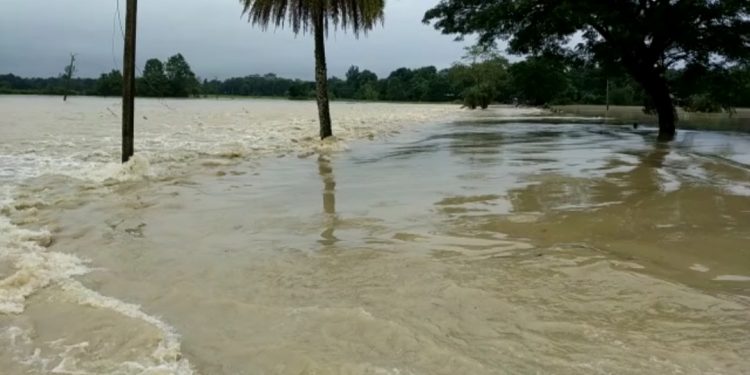 It has also destroyed standing crops in huge quantity.

“My 3000 hens chick drowned, I didn’t get time to save them,” said Pranab Thousen, owner of a poultry farm in Theplaguri.

He also added few days back he had opened this poultry farm with lots of ambition, but now he is totally devastated.

Locals are using ferry service to move between villages.

The three days celebration of Diwali and Kali Puja is totally affected.

“Suddenly water increased in the wee hours, we with help of boats managed to came at road side,” said a villager.

“At present the entire area is reeling in flood, we are bound to take shelter near the roads and most importantly we don’t have enough food and drinking water,” said Nipon Thousen, a farmer.