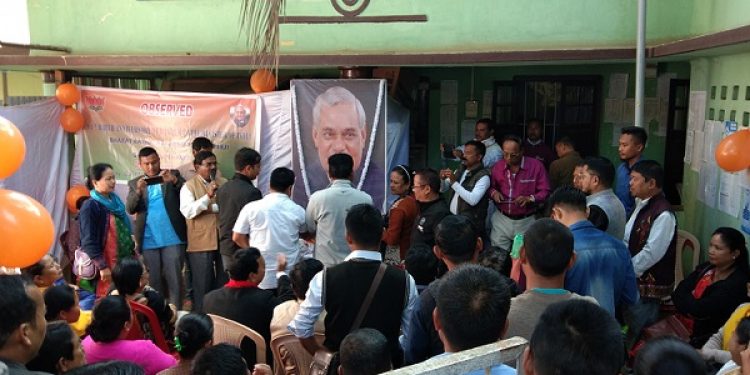 The event was attended party members most of whom were party ticket seekers and their supporters for the coming Town Committee election.

At around 10 am in the morning party leaders and members gathered at Rongnihang party office to pray and pay tributes at the portrait of Vajpayee.

Incense sticks and earthen lamps were lit and floral tributes were paid. On the occasion, district party general secretary Ajit Dey gave a brief sketch of the life of the former Prime Minister.

Dey said for the sake of the party and nation, Vajpayee has made a lot of sacrifices.

After the ceremony, a meeting was held for the prospective BJP candidates for the Town Committee election. In the meeting, party ticket seekers reiterated that they would not stand against the party candidate on not getting a ticket.