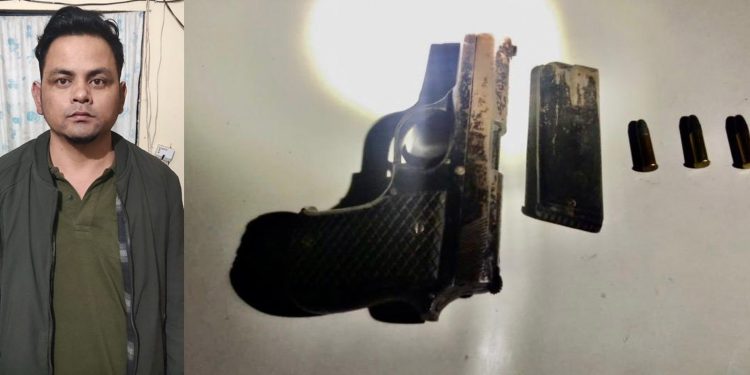 Self-styled army chief of DNLA Minom Phonglosa along with the arms recovered from him. Image credit: @assampolice

Acting on specific information, a joint team of Army and Karbi Anglong Police arrested the self-styled army chief of Dimasa National Liberation Army (DNLA) in Dhansiri area of the district.

He is a resident of Shivrai area under Manja police station.

He was nabbed on the intervening night of Wednesday-Thursday.

A .22 pistol, one magazine and 3 live ammunition were recovered from him.

In a tweet, Assam police said, “In a major success, a joint team of @karbianglongpol &  @adgpi personnel apprehended Minom Phunglosha alias Gazaw Dimasa, the self-styled Army Chief of DNLA and recovered a pistol from him.”