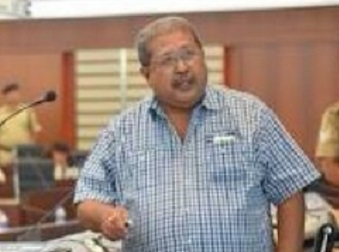 The KAAC Principal Secretary, Mahadananda Hazarika, informed that as the KAAC is not satisfied with the service of the PCCF, Dr Rabha, he has been released.

The release order was issued on Wednesday.

Hazarika informed that on May 22, 2018 an important meeting was convened at the KAAC Secretariat during the visit of the State Environment and Forest Minister Parimal Suklabaidya to Diphu with the high-level officials of all departments under KAAC.

A letter has been issued to Dr Rabha regarding the meeting, but he did not turn up.

The Environment and Forest Minister on Tuesday took part in the 25th International Day for Biodiversity held here at Biodiversity-cum-Recreation Park.

For the time being, Divisional Forest Officer (DFO) of East Division, Joysing Bey has been handed over the responsibility of Principal Chief Conservator of Forest (PCCF), Karbi Anglong by the KAAC authority to look over the affairs of the PCCF office here until a new forest officer is appointed in place of Dr Rabha.