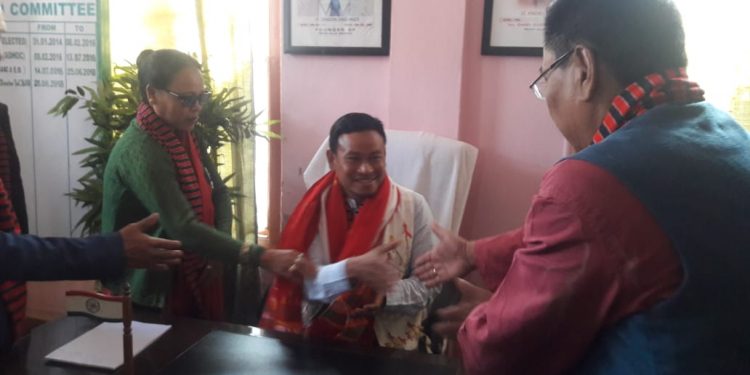 Taking to media persons at his official chamber, Kro said that he will do whatever he can for development and beautification of Diphu town.

He thanked the chief executive member (CEM) of Karbi Anglong Autonomous Council (KAAC), Tuliram Ronghang, citizens of Diphu town and the ward commissioners of reposing faith in him with the responsibility of chairman of Diphu Town Committee.

Before taking over charge as the chairman of DTC by Rah Kro, a brief meeting was held which was attended by all the ward commissioners except that of ward no 5, Semson Terang. He has lobbied hard for the chairman’s post. The BJP top brass rank and file of the district were also absent.