Assam: One shot dead in Dibrugarh

High-level police officials have reached the spot and started investigation 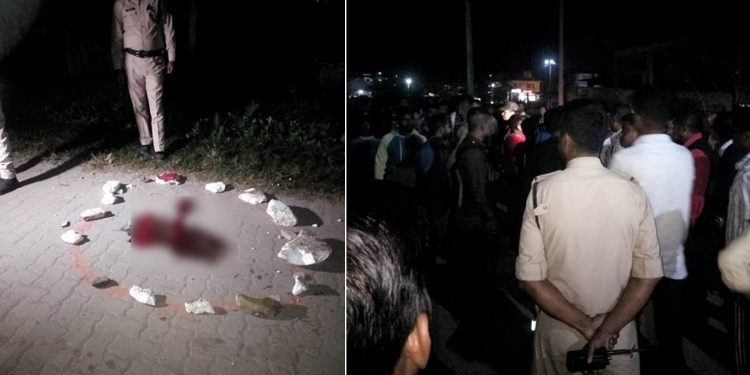 One man was shot dead by miscreants at Graham Bazar near Idgah Maidan in upper Assam’s Dibrugarh on Tuesday evening.

The deceased has been identified as Om Prakash Agarwalla, an employee of Vinayak Flour Mill, where he was working for the last 8 years.

Sources said miscreants opened fire at Agarwalla while he was going home on a motorcycle.

Agarwalla was rushed to the Assam Medical College and Hospital (AMCH) where the doctors declared him brought dead.

The incident took place about 100 metres away from his house.

Agarwalla was a resident of Beria Building at Graham Bazar in Dibrugarh town.

Locals said, “We heard gunshots in the evening. Agarwalla was a gentleman and had cordial relations with everyone in the locality.”

High-level police officials have reached the spot and started investigation.

Police said there is no record of Agarwalla’s family receiving any extortion demand.

“From our preliminary investigation, we have found that he was attacked by sharp weapon. A cartridge has been found at 15 metres away from his body,” said Borah.

“Right now, we cannot ascertain anything because the investigation is at preliminary stage,” he added.

The SP further said, “We will be able to nab the culprits soon.”