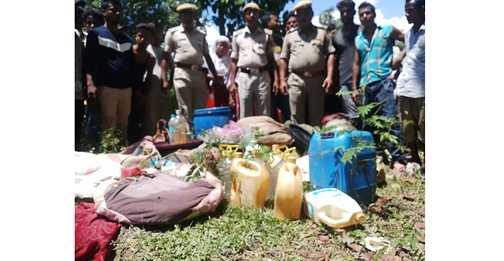 The Dibrugarh Excise Department – in the last 20 days – seized liquor worth Rs 4.77 lakh from different areas of the district.

The Excise Department cracked the whip from March 11 last on the instruction of Dibrugarh Deputy Commissioner Pallav Gopal Jha.

The whole drive is being launched keeping in mind the ensuing Lok Sabha polls which will be held in Assam in three phases – April 11, 18 and 23 next.

Excise Department sources informed that in the last five days they have seized 323.73 litres of foreign liquor, 16.5 litres of beer and 4,200 litres of country liquor.

The drive was conducted in 61 different places of Dibrugarh and eight persons involved in bootlegging were arrested.