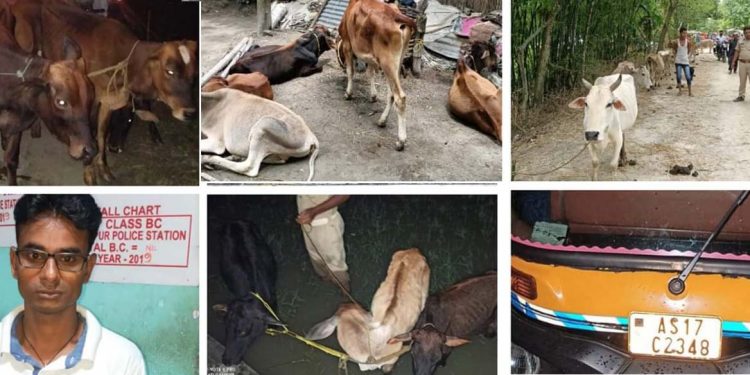 After foiling an attempt of cattle smuggling, where a Scorpio was used to carry cattle heads, Dhubri Police on Sunday foiled similar other attempt to smuggle cattle using a pick-up tempo.

As part of their continuous drive against cattle smuggling, Dhubri Police on Sunday were able to seize a total of 37 cattle heads from different locations in the district along with a pick-up tempo vehicle.

On August 20, Dhubri Police carried out a raid against gambling/ teer, drugs and their peddlers across the district.

During the operation, the police were able to seize gambling accessories, contraband drugs and cash amounts.

“We are ensuring some good Poker for the Jokers!!” Dhubri Police tweeted.

Police on Sunday said 3,000 litres of kerosene, which were illegally stocked, have also been seized at Agomoni.