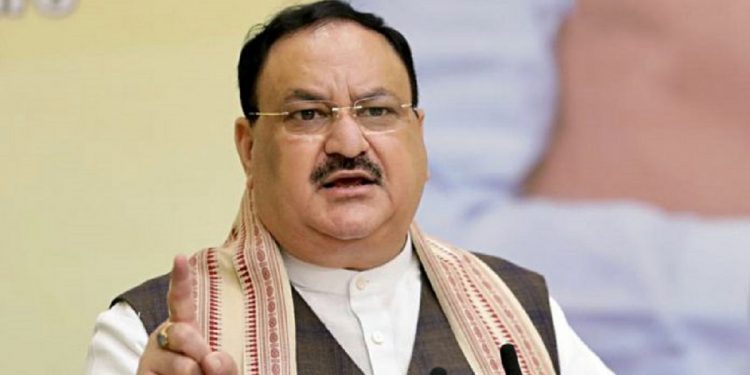 BJP national president JP Nadda has said that the people of Assam defeated politics of communalism during the recently concluded Assembly Elections in the State.

Nadda said that the people of Assam defeated those who tried to sow seeds of communalism and separatism in the State.

JP Nadda was speaking at the Assam state BJP executive meeting held in Guwahati on Tuesday.

“Congress leaders are political tourists. They are hardly seen after elections. No Congress leader can be seen when people are fighting COVID. During this time some parties have gone into isolation, some quarantined and others in ICU,” Nadda said.

JP Nadda added: “There was corruption during the 15 years of Congress rule in Assam.Congress leaders are only to be seen on twitter and on television.”

Nadda said that people in Assam reimposed faith on the BJP because of the “fast-paced all-round development” of the State.

“Congress supported toolkit which attacked India’s tea and yoga and they were expecting that people will vote for them. Congress divided the society with the seed of communalism,” Nadda said.