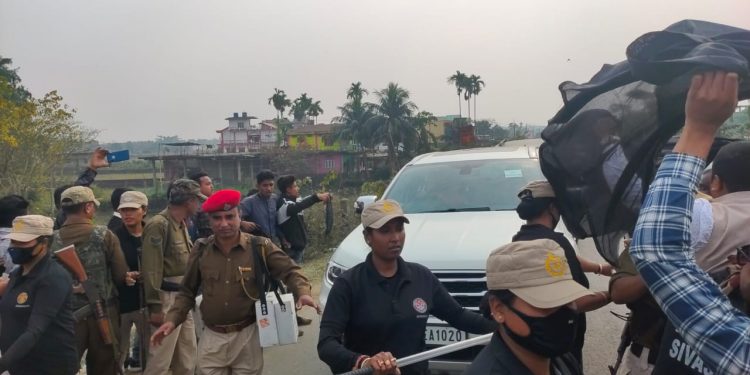 The activists of AASU waved black flags at Mohan when his convoy passed through Gaurisagar.

The activists of All Assam Students’ Union (AASU) waved black flags at Mohan when his convoy passed through Gaurisagar.

The AASU has been showing black flags to BJP ministers and leader for last one month for brining in the CAA.

The newly appointed minister was on his way back home at Mahmora from Guwahati.

Mohan along with Sanjay Kishan were administered the oath of office and secrecy by Governor Jagdish Mukhi at Raj Bhavan on Saturday.

Mohan has been given independent charge of revenue and disaster management and he will also assist the PWD minister as MoS in the department.

“The BJP leaders will continue to face such protests until the government scrap the amended citizenship law and learn to respect the sentiments of the people of Assam,” he said.

He said the people of Assam never accept CAA.