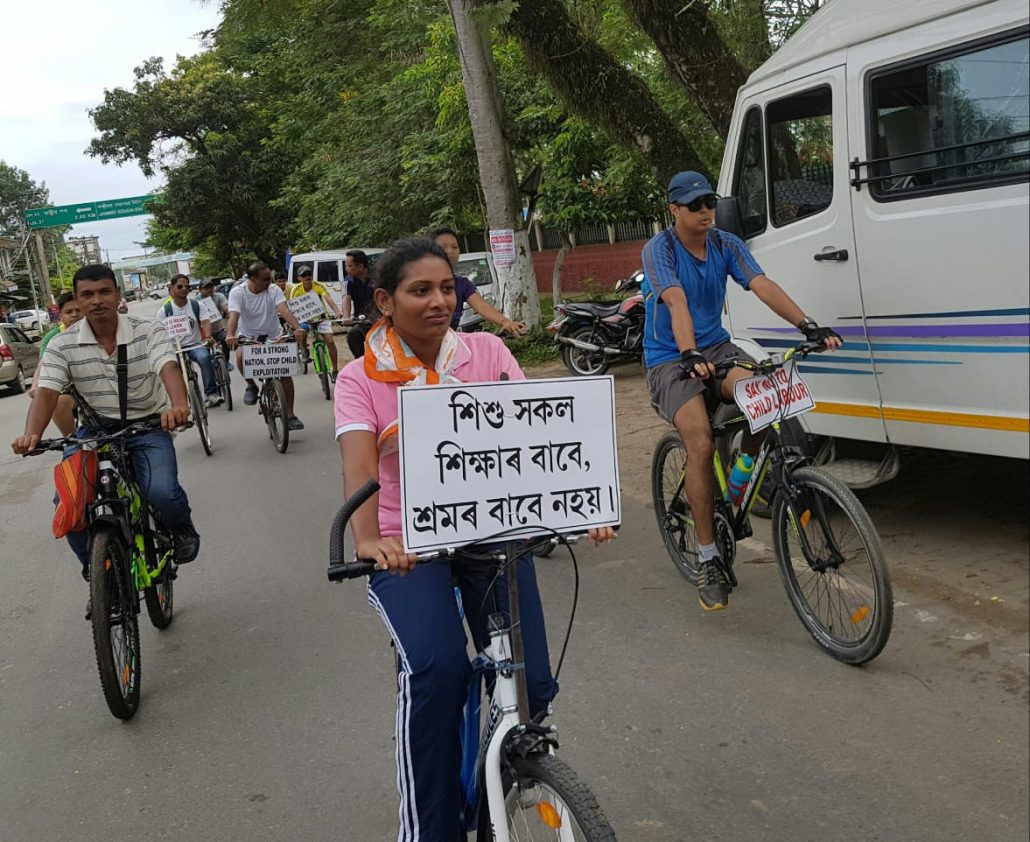 A bicycle rally was taken out in Dibrugarh town on Tuesday to create awareness against child labour, on the occasion of the World Day against Child Labour.

Interacting with the participants, Madduri said that it was essential to spread the anti-child labour message to make Dibrugarh a child labour-free district and citizens need to be proactive if the menace of child labour has to end. She added that more activities would be promoted for awareness among the public.

The Deputy Commissioner along with the cyclists participated in the rally from Chowkidinghee field to Amolapatty via Phoolbagan and back to the starting point covering a distance of nearly 5 km.

On the other hand, students of various schools of the town also took out a procession on the occasion of the World Day against Child Labour.