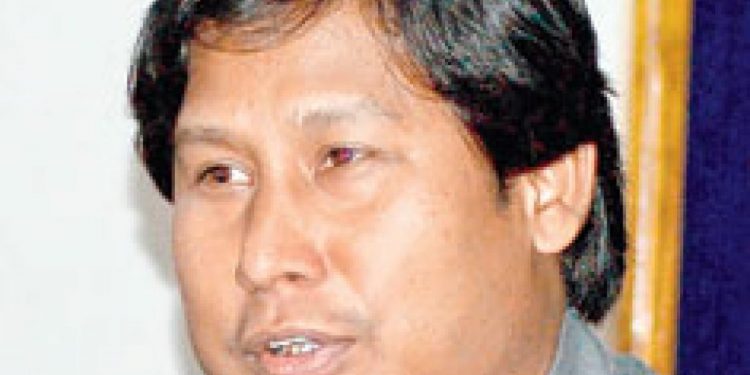 The Congress party had on Sunday served a show cause notice on Ray for sharing stage with Assam finance minister Himanta Biswa Sarma and state BJP president Ranjeet Kumar Dass at an election campaign meeting of the ruling party at Salakati in Kokrajhar on November 13.

“I had joined the Congress with the thought that I will be able to do something for the Koch Rajbongshi community by being associated with the party. But during the last five years I have had some bad experiences in the Congress.

“I have nothing personal against anybody. But the fact is that there are people who had termed the AIUDF as a communal and irrelevant party in 2016. Those same people are now desperate to have alliance with the AIUDF for the sake of power,” Ray told reporters in Guwahati on Monday.

Ray said that he has reservations against the Congress forming an alliance with the AIUDF and other parties for the 2021 Assembly elections.

“If AIUDF is not communal and if that party has relevance, then Congress should have joined hands with them back in 2016,” Ray said.

He claimed that the BJP-led State government has taken steps for benefit of the Koch Rajbongshi community including formation of the Kamatapur Autonomous Council.

“The Group of Ministers headed by finance minister Sarma have expressed determination to secure ST status for the six communities of Assam,” he added.

“The AIUDF, the CPI and the CPI (M) will never support ST status for the Koch Rajbongshi community,” Ray said.

He expressed pain at the show cause notice issued to him by the State Congress and said that he had attended the meeting at Salakati in his role as the general secretary of the Koch Rajbongshi Jatiya Mahasabha.

“Congress does not care for the indigenous communities of Assam,” Ray alleged.