Assam: Condition of transgender community in state is precarious 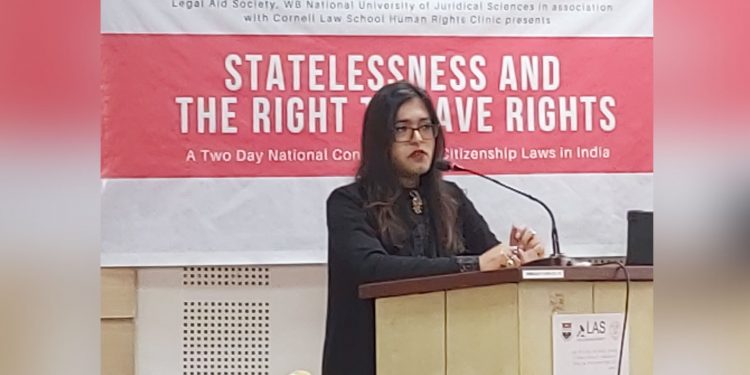 The situation of the transgender community in Assam is horrible, says Swati Bidhan Baruah- an advocate and founder of the Assam Transgender Association.

Swati says thousands of transgender persons have been left out of the NRC.

“We have filed a petition but the local bureaucracy and police are terribly biased against us. They treat us as sub-humans,” Swati said.

She was addressing a session on Statelessness and Vulnerable Groups in a two-day conference at the West Bengal National University of Juridical Sciences (NUJS).

“Can you believe a lower court judge says marriages between transgenders are not valid because they cannot have sexual intercourse,” Swati revealed.

“The position of transgenders in neighbouring states like Sikkim and Manipur are far better,” Swati added.

“That is because those states recognised transgender rights,” Swati said.

“They expect regular bribes from transgender and if they don’t pay up, false cases of extortion are slapped against them,” Swati alleged.

Others speakers from Assam like researcher Suraj Gogoi and activist Abantee Dutta detailed the growing vulnerability of the minorities post -NRC and especially those put in the detention centres.

Dutta detailed the inhumane separation of families of those declared foreigners by tribunals and held in detention centres.