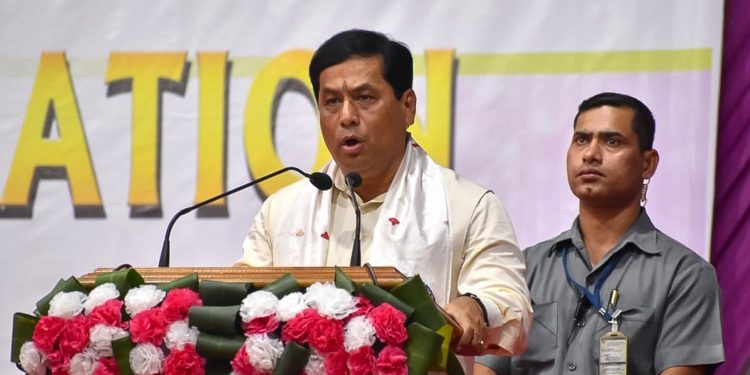 “Historic DHS Kanoi College has a unique identity in the higher education scenario of Assam and all must strive to sustain this glorious reputation,” Sonowal said.

Reminiscing his memories as a student of the college Sonowal called on all stakeholders to make this prestigious institute one of the best colleges in the country.

He urged the students to send a positive message to the society on the occasion.

He also said to excel in today’s competitive environment students must inculcate a studious mindset and urged the students to engage in sports and cultural activities equally for holistic development.

“Only studying for long hours and imbibing a hardworking nature could pave way for achieving a strong personality,” he asserted.

He also stressed on the need to harness the immense potential of Assam with scientific temperament.

He also informed the gathering about the state government’s Discovery of Assam scheme for introducing outsiders with the rich bio-diversity and cultural mosaic of the state.

The CM also called on the young generation to stay away from spreading messages on social media, which could create a rift in society and destabilise the nation.