The festival was organised for the first time by the Assam government and the Darang district administration.

The chief minister as the chief guest of the programme lit the ceremonial lamp in a traditional manner on the occasion in the huge green paddy field called Monpur Pothar of Bamunpara near Mangaldai town.

Immediately after the chief minister lit the lamp the paddy field was illuminated with several hundreds of traditional lamps which were kept ready. 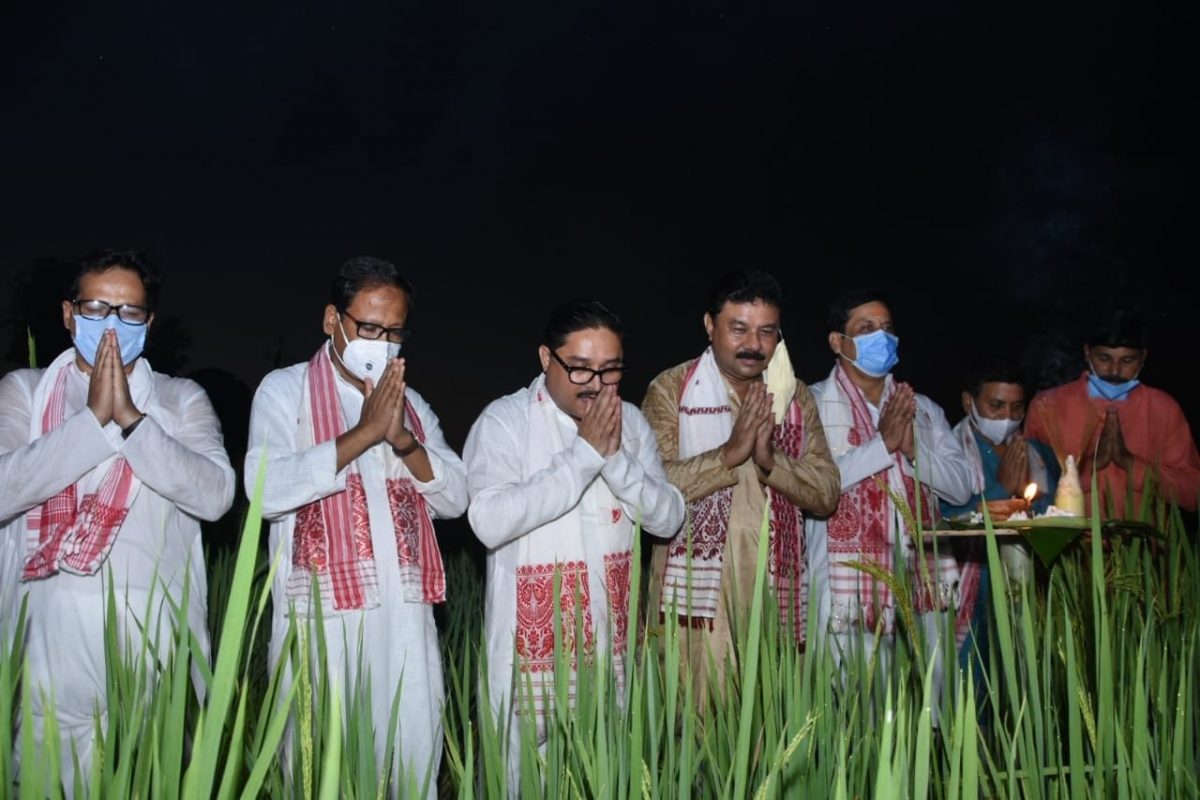 The lighting of lamps was followed by lighting traditional ‘Akash Banti’.

Speaking on the occasion, Assam chief minister Sonowal offered Kati Bihu greetings to all the people of the state, including the farmers’ community and highlighted the role of the present BJP-led government both at the state and the Centre.