Akhil Gogoi ‘warned’ Assam CM Himanta Biswa Sarma of not ‘misleading’ the people of the State. 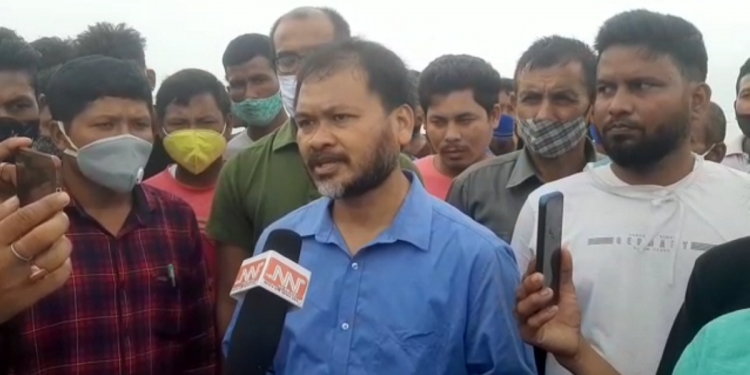 Akhil Gogoi was reacting to Assam CM Himanta Biswa Sarma’s recent comment that the role of an MLA is confined only to framing laws, while it is the duty of the ministers to implement them.

Sarma said that as long as he is the chief minister of Assam, all the government officers including the DCs and SPs will listen to the ministers and not the MLAs.

Reacting to this statement by the Assam chief minister, Akhil Gogoi, while speaking exclusively to Northeast Now said that CM Sarma should read the Constitution and learn about the role and responsibilities of MLAs and ministers.

“I urge Assam CM to go through Seventh Schedule and Article 246 of the Constitution, where the roles and responsibility of an MLA is clearly stated,” said Sivasagar MLA Akhil Gogoi.

He added: “Role of an MLA is not merely confined to framing of laws. It is an MLAs responsibility to see whether schemes are implemented properly in their respective constituencies among others.

Akhil Gogoi further ‘warned’ Assam CM Himanta Biswa Sarma of not ‘misleading’ the people of the State by speaking about things about which he (CM Sama) “doesn’t have any knowledge”.