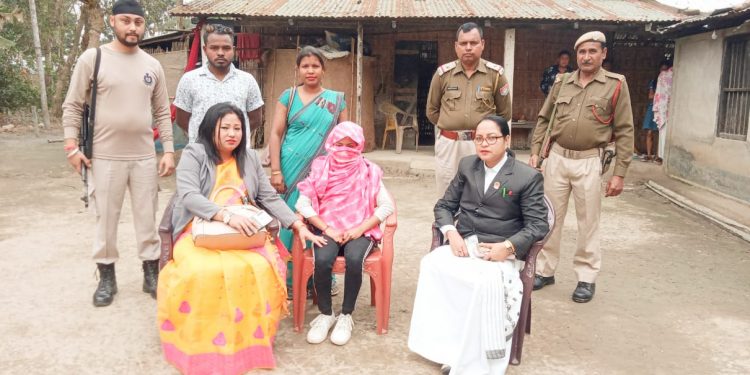 As per information, a 15 years old girl was rescued before two hours of her marriage from Pamgaon Village in Joraphukuri under Lanka police station in Hojai district.

Reportedly, the minor girl was lured and manipulated to elope by a minor boy on pretext of marriage and was kept in his home for two days.

The boy is the son of one Hiren Das, resident of Pamgaon.

And, on Wednesday evening they were all set for marriage secretly.

Ironically, the family members of girl didn’t bother to take any information of the girl for last two days.

Later, the girl was handed over to Childline.

After health check up, the girl was sent to State Home for interrogation and proper counselling.

However, the minor boy fled from the spot.

DLSA secretary Parinta Morang along with panel advocate Ruhina Waris has appealed to the denizens of Hojai district to support DLSA and other authorities in preventing such illegal incidents.

Notably on January 30 last, acting on a complaint received on 1098 helpline number, the officers of district Child Line Protection along with Hojai Police foiled a marriage of a 17-year-old teenager at Bishnupally in Hojai.