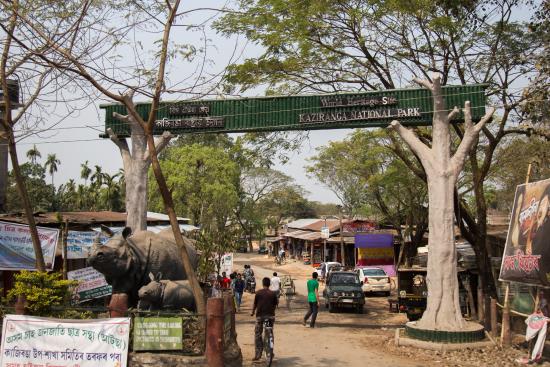 An Assam-based RTI-cum environment activist has written to the state government, saying he would be compelled to approach the Supreme Court for contempt of its order against illegal mining near Kaziranga National Park.

In a letter to the Assam chief secretary, dated July 20, activist Rohit Choudhury said more than 60 illegal stone quarries are in operation at Karbi Anglong hills, adjoining the national park, threatening the landscape, and thus, the very survival of the national park.

All stone quarries in this area are being run illegally against the Supreme Court’s order, as it falls within the eco sensitive zone of the KNP & TR, said the environment activist.

“Your office, including offices of the Karbi Anglong Autonomous Council, the Assam forest department, the department of mining and minerals, the state environment impact assessment authority and the Pollution Control Board, has not shown any respect to the order dated December 4, 2006, of the Supreme Court, in which it had directed all cases where environmental clearance was granted, where activities are within 10km zone of the protected area, be referred to the standing committee of National Board for Wildlife. All stone quarries/ mining are operating illegally against the Supreme Court’s order, as it falls within the eco-sensitive zone of Kaziranga National Park and tiger reserve,” Choudhury stated.

He said Kaziranga National Park, a Unesco World Heritage Site and Assam’s pride, couldn’t be allowed to get destroyed because of alleged corrupt practises by vested interests within the government department.

The National Tiger Conservation Authority had in April recommended that the Assam government stop all stone quarrying/mining and stone crushing activities in the Kaziranga-Karbi Anglong landscape as such activities were hampering the survival and conservation of tigers, reports The Telegraph.

The divisional forest officer, Kaziranga National Park, has also written to the principal chief conservator of forests and head of forest force, Assam, highlighting the violation of the Supreme Court’s order.