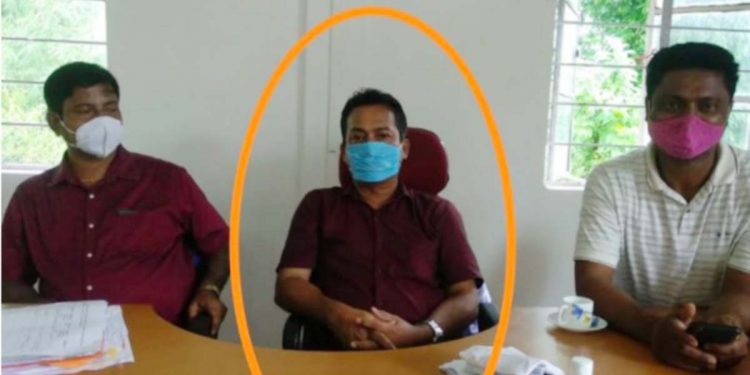 Hussain was arrested on the basis of FIRs where it was alleged that Husain meddled with funds sanctioned for various initiatives under the Mahatma Gandhi National Rural Employment Guarantee Act (MGNREGA).

According to media reports, police carried out a raid in the residence of Suja Hussain in Hailakandi.

A media report quoted Manoj Narzary, officer-in-charge of Katigorah police station as saying, “We arrested him in the morning today from his residence on the basis of FIRs filed against him.”

Narzary said the arrested BDO would be produced before the court and necessary actions would be taken as per law.

It has been alleged that more other people are involved in the embezzlement of funds under MGNREGA.

Police officer Narzary said they are investigating the allegations levelled against Hussain and he is being interrogated.

“If we find involvement of more other people in it, they will also be arrested,” Narzary further said.