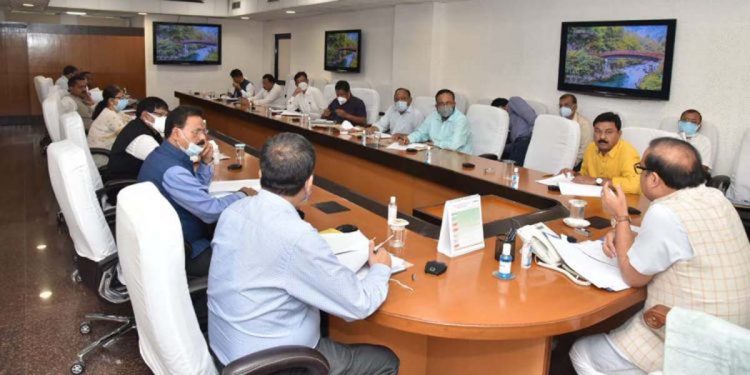 File photo of a meeting of the Assam Cabinet, chaired by chief minister Himanta Biswa Sarma.

Assam Cabinet in its meeting on Wednesday, chaired by chief minister Himanta Biswa Sarma, took a number of key decisions.

The State Cabinet decided that the validity of TET certificates would be extended to lifetime.

However, candidates will be allowed betterment in TET examination and upper age limit will apply in recruitment.

From now onwards, only hand-woven ‘gamosa’ of state’s weavers will be used in the government programmes.

The Cabinet decided that only traditional food items like pitha will be served in the government programmes from now onwards.

The death anniversary of Lokapriya Gopinath Bordoloi on August 5 will be observed every year as Karmachari Divas.

The information and public relations department will organise various activities in the districts and sub-divisions to mark the occasion.

The Cabinet decided that 5 non-gazetted employees of the state government at district level and 10 at state level will be awarded on Karmachari Divas based on their performances.

The award-winning employees will get one-year extension in their service.

The Assam Cabinet also decided that guardian ministers and guardian secretaries, who are in charge of those districts, where containment zones have been declared, will travel to their respective districts and stay there for 3 days to monitor and oversee the situation.