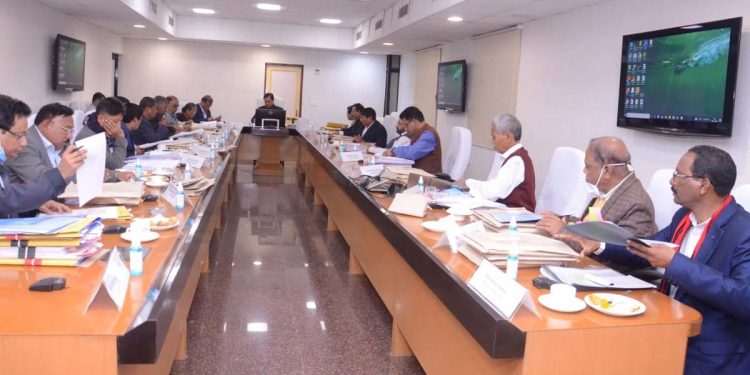 Coming down to the pressure from the people in the hills areas of the state, Assam Cabinet on Saturday decided to set up a separate administrative staff college for the Bodoland region.

The Sonowal Cabinet in its meeting on January 10, 2021 approved the establishment of Bodoland and 6th Schedule Areas Administrative Staff College which was opposed by the people in the 6th schedule areas.

Keeping in view of the ensuing Assam Assembly election 2021, the Assam government decided to roll back its decision and the State Cabinet on Saturday announced a separate staff college for the 6th schedule areas.

He said the hills areas development department will remain as a separate department.

The Cabinet approved the service rules on the eligibility criteria for the chairperson, member-secretary and members of the Assam Pollution Control Board.

The State Cabinet decided to regularize jobs of 580 teachers of higher secondary schools with effect from their joining in 2001.

The State Cabinet approved allotment of 239 bighas of land for Srimanta Sankardev University at Hatisung in Nagaon district.

The Cabinet approved the service rules to pay under ‘Timescale’ (Rs 28,748 per month) for 101 teachers of vocational education in 57 schools.

The State Cabinet approved allotment of 8,000 wheelchairs for use after the end of the ensuing Assam Assembly election.

The State Cabinet also allotted 10 bighas of land for the World Renewal Spiritual Trust in North Guwahati under Kamrup district.

The Cabinet approved the rules and regulation for the employees under the Assam State Disaster Management Authority (ASDMA).

The Sonowal Cabinet has approved amendment to the Guwahati Master Plan 2025 in three places including Ujan Bazar, North Guwahati and Bharalumukh.

It also approved extension of the service period of the contract employees, who have served under the panchayat & rural development department for at least 10 year, up to 60 years.

The Cabinet decided to form a committee under principal secretary Dr JB Ekka so that the tea garden workers across the state get equal payment.

The State Cabinet decided to increase the daily wage of the tea garden workers in Assam from Rs 167 to Rs 217.