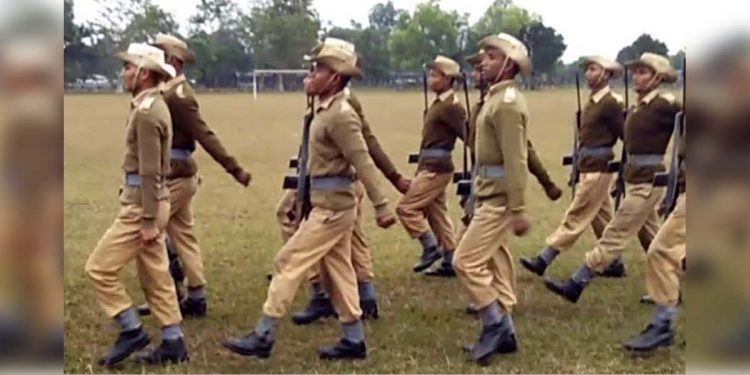 The Assam Cabinet on Wednesday decided to grant one month’s compulsory leave to the armed battalion personnel from constable to sub-inspector (SI) rank to visit their homes.

The decision was taken during the State Cabinet meeting on Wednesday, chaired by Assam chief minister Himanta Biswa Sarma.

However, the one month’s leave will be granted to only those armed battalion personnel, from constable to sub-inspector rank, whose families are not living with them in their quarters. 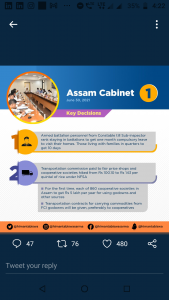 The armed battalion personnel, who are living with their families in quarters, will be granted compulsory leave of 10 days so that they can also visit their homes.

Assam chief minister Himanta Biswa Sarma in a tweet on Wednesday said the decision to give Cabinet rank to Hazarika was taken so that the MLA, who is currently heading the committee for utilising 77,000 bighas of land for agricultural purpose at Gorukhuti in Sipajhar, can effectively carry out his responsibilities.

Chief minister Sarma also informed that the transportation commission, paid to fair price shops and cooperative societies, has been hiked from Rs 100.10 to Rs 143 per quintal of rice under National Food Secuirity Act (NFSA).

For the first time the State Cabinet decided that each of 860 cooperative societies in Assam will get Rs 5 lakh per year for using godowns and other sources.

Assam Cabinet decided that for carrying commodities from FCI godowns, transportation contracts will be given, preferably to cooperatives.