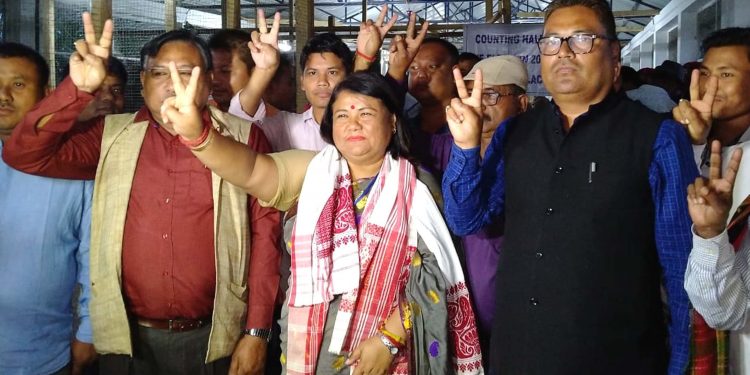 The ruling BJP in Assam has retained three of the four assembly seats that went to bypolls on October 21.

The Congress, principal opposition party of the state, drew blank.

While the BJP could manage to win Rangapara, Sonari and Ratabari assembly seats, the AIUDF candidate won the Jania seat in Barpeta district which was held by the Congress.

BJP’s Rajen Borthakur won the Rangapara seat by defeating Congress’ Kartik Kurmi over a margin of over 49,000 votes.

Malakar polled over 59 percent votes while Rajak could poll little over 38 per cent votes.

AIUDF’s Rafiqul Islam won the Jania seat by polling over 54 per cent votes while Congress candidate Shamsul Haque could poll only little over 30 per cent votes in the constituency.

BJP’s Towfiqur Rahman could poll only over ten percent votes in the constituency.

The bypolls were necessitated after the sitting legislators in the constituencies got elected to Lok Sabha earlier this year.