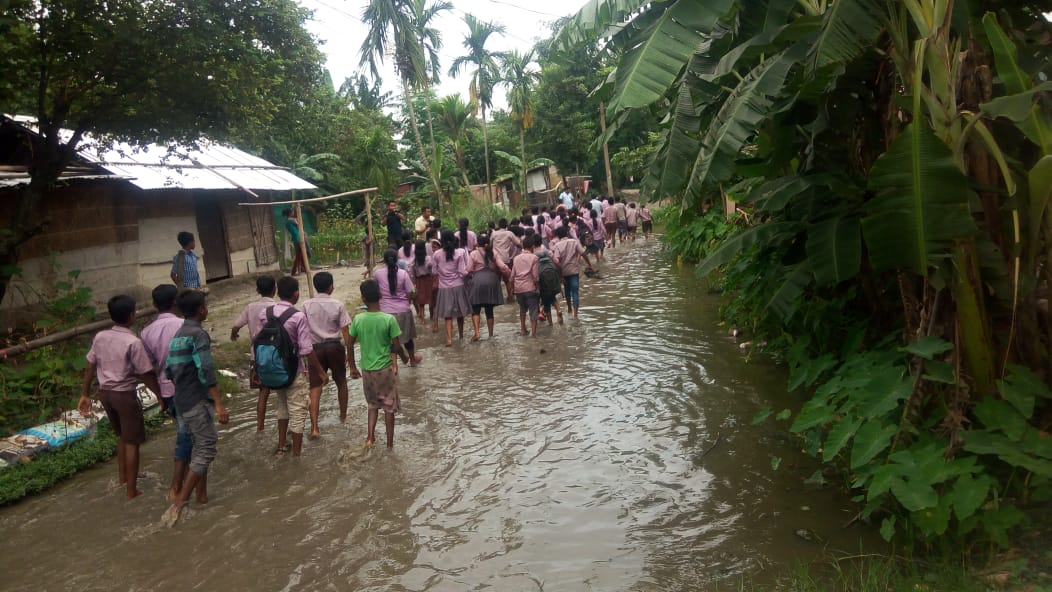 The students, teachers and common people are facing problems by crossing muddy road and it has been hampering the school going students in their education.

Over 100 students of Madhya Sesapani LP & ME schools, RMC, ABMSU, AAMSU and villagers of the Sesapani, Kamlasara, Madhya Sesapani and adjoining areas urged the concerned authorities to take immediate steps to repair the dilapidated road for smooth communication.

Talking to Northeast Now, Imbrahim Bhuyan, the RMC Kokrajhar district secretary said they have organized jointly protest and more than hundred students, RMC, ABMSU, AAMSU and publics thronged to protest against the dilapidated condition of the road and demanded immediate repair of the same.

They slammed the State Government, the BTC administration and MP Naba Sarania for their negligence and they also said that if the authorities do not take any step for solution then they will not vote for them in the forthcoming general election next year.