The BJP has denied tickets to as many as 11 sitting MLAs.

The BJP has announced its first list of candidates for the upcoming Assam Assembly elections.

The BJP has denied tickets to as many as 11 sitting MLAs.

Among the big names, Assam Chief Minister Sarbananda Sonowal will contest from the Majuli constituency.

Notably, Sarbananda Sonowal is the sitting MLA from Majuli.

On the other hand, Assam State BJP president Ranjit Dass will contest from Pathacharkuchi constituency. 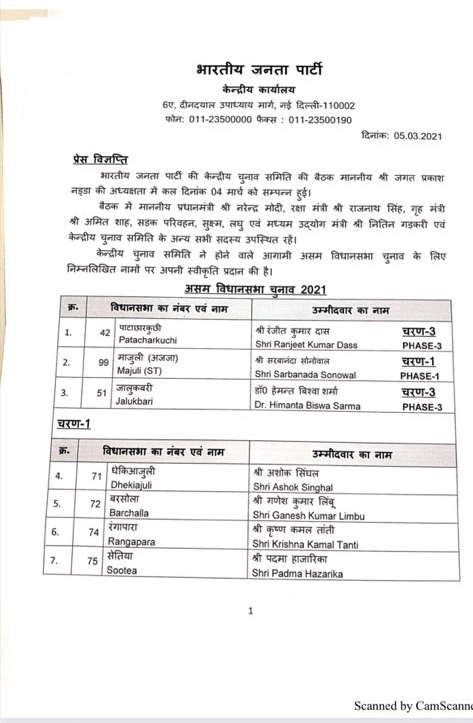 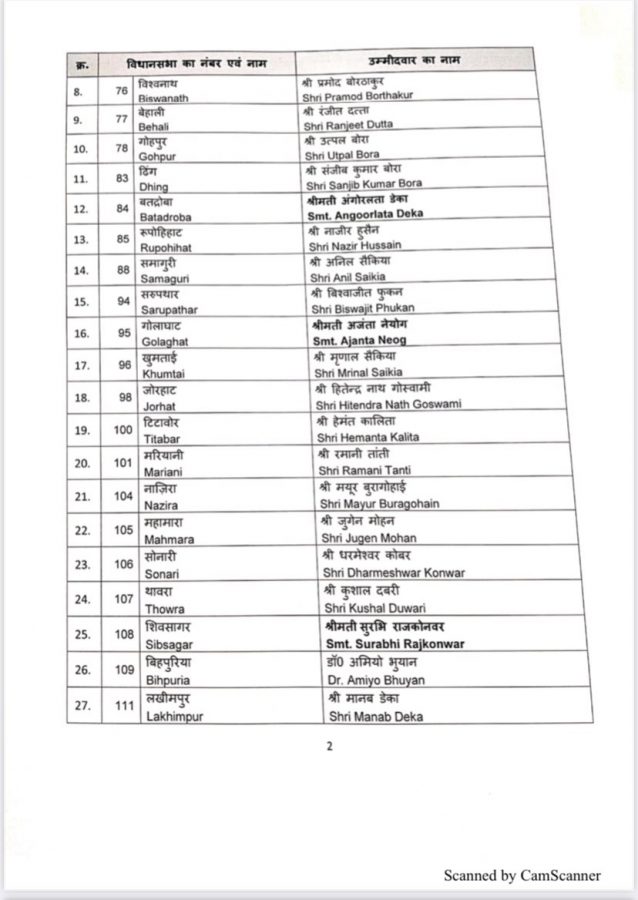 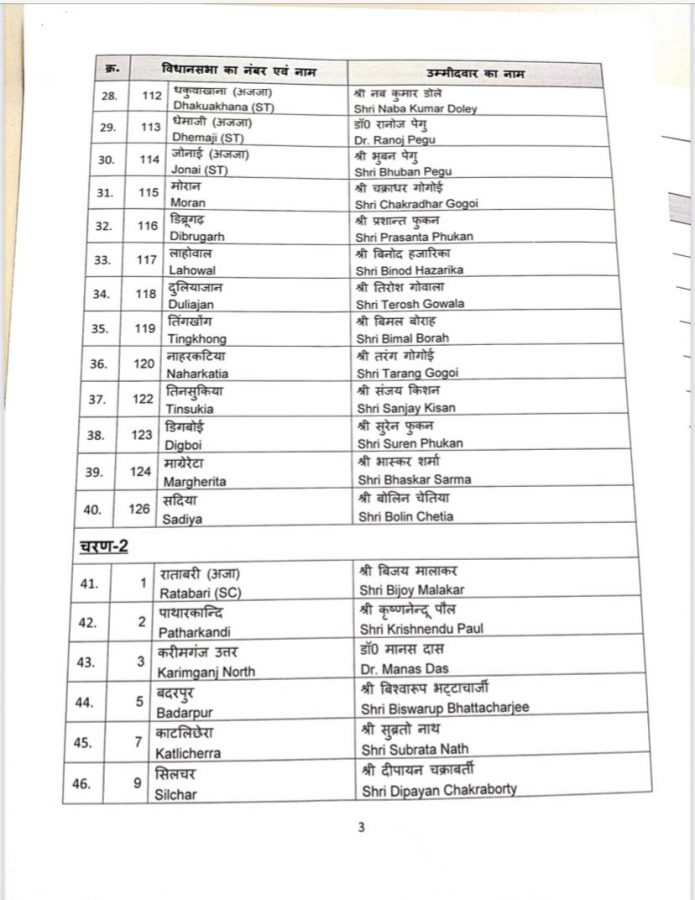 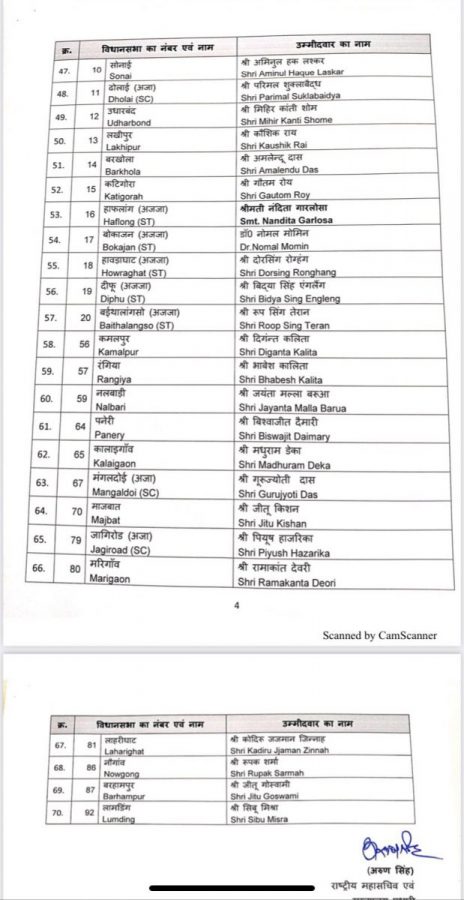 Ajanta Neog, who had quit the Congress and joined the BJP recently will contest from the Golaghat constituency.

The candidates were finalised during the meeting of the Central Election Committee (CEC) of the BJP held on Thursday night under the chairmanship of party’s national president JP Nadda.