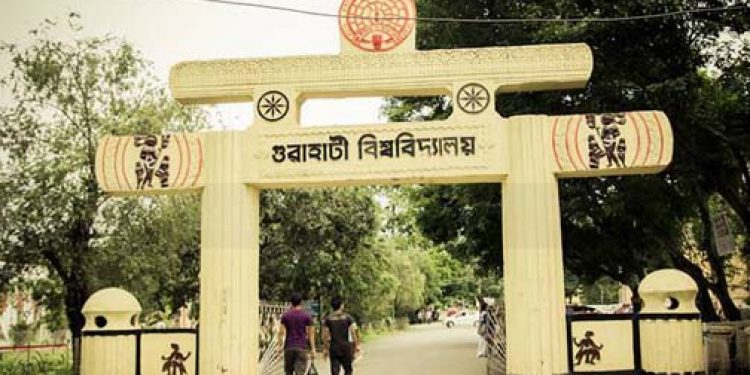 File photo of the entrance gate of Gauhati University.

The student body of Gauhati University (GU) had stopped BJP legislators and members from entering the university campus on Sunday.

They barred entry to them inside the university premises until the Citizenship (Amendment) Bill is withdrawn.

The bold step taken by the student body of the GU comes at a time when protests against the contentious Bill are growing fiercer every passing day not only in Assam but also in other states across the country.

The people of Assam had already take many bold and extreme  steps to protest against the Bill and are always ready to do whatever it takes for the withdrawal of the Bill.

Several members belonging to various organizations staged a nude protest outside Parliament on January 7 by displaying placards and shouting slogans against the Centre’s move to table the Citizenship Bill in Parliament.

As a step of protest against the Citizenship (Amendment) Bill, family members of the martyrs of the Assam Agitation decided to return their awards conferred to them as an honour by Assam government in 2016.

Assam singer Zubeen Garg also asked the BJP on Twitter whether he can get back the votes that the BJP party earned by using his melodious voice.

Zubeen also stated on Twitter that he would return taken for singing the propaganda song for the BJP during the last Assembly elections.