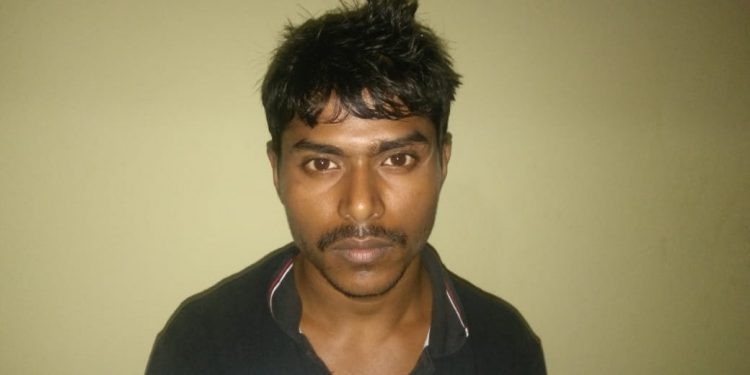 At a time when bike lifting incidents are on rise in Assam’s Udalguri district, the locals apprehended a youth suspected to be bike lifter.

The suspected bike lifter was nabbed after he allegedly attempted to break open a lock of a bike parked at Pub-Tangla Lower Primary School located at a stone’s throw away distance from Tangla Police Station in broad daylight on Tuesday.

According to reports, the citizens visiting the Tangla weekly market had parked their motorbikes in the school campus when the accused attempted to decamp with a bike.

When locals approached the latter tried to flee.

Later he was handed over to Tangla Police who has been identified as Manoranjan Baidyakar (20).

Meanwhile police are investigating the matter.