Assam: Barak’s Cong leaders in favour of CAB with reforms

CAB should be passed keeping in mind the sanctity of our Constitution: Sushmita 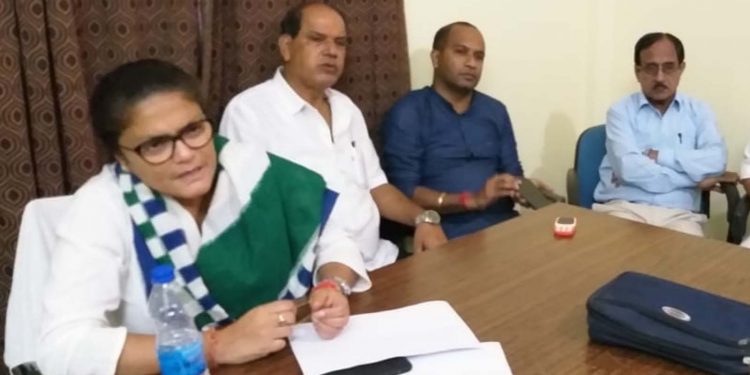 At a time when the Congress opposes the Citizenship Amendment Bill (CAB), the party leaders in Assam’s Barak valley are in favour of it but with reforms.

The Congress leaders in the Barak valley want the bill turn into an Act but not in its present form to ensure ‘citizenship’ to the genuine Indians.

The CAB, 2016 was passed by the previous Lok Sabha on January 8, 2019 but it lapsed as it could not be tabled and passed in the Rajya Sabha.

Also read: Congress to do ‘everything’ against Citizenship Bill

They presented their views before a delegation of senior leaders of the All India Congress Committee (AICC) in Silchar, touring the northeastern states for gathering opinions on CAB, NRC and other issues.

Talking to the media, former Silchar MP and All Indian Mahila Congress president Sushmita Dev reiterated, “CAB should be passed keeping in mind the sanctity of our Constitution.”

After meeting with grassroot members and Congress leaders of Barak valley at Indira Bhavan, senior AICC leader Jairam Ramesh and his team left for Delhi.

The AICC team will hand over their report to party president Sonia Gandhi.

Sushmita Dev while clarifying the stand of the Congress leaders of Barak valley said, “On July 16, 2014, former Assam CM Tarun Gogoi had written to Manmohan Singh about a cabinet resolution passed to provide citizenship to persecuted Hindus coming from Bangladesh.”

Sushmita added, “We want citizenship but sans any clauses for those, who have come to India, say from Bangladesh after being persecuted, but fail to show a single document of the country that they have left.”

She further said, “It is an irony that if one goes through the website of the home ministry, one would find a clause whereby producing a passport of that country that they have left one can go ahead with the process of getting citizenship in India.”

On the issue of National Register of Citizens (NRC), Dev said, “Genuine citizens should be incorporated in NRC.”

“Re-verification of those, whose names have already been enlisted in final NRC, cannot be done once again,” she added.

Dev also said, “We believe those, who are in detention camps or are roaming around the foreigners’ tribunals helplessly, need quality lawyers and the legal cell of the state government has not helped such folks either.”

North Karimganj MLA Kamalakhya Dey Purkaysatha told Northeast Now, “The ‘Jatiya Nayak’, the man behind the repeal of the IMDT (Act), has been our worst enemy.”

“Had the Act been in force none of us would have required to produce any papers which genuine Indian citizens are now facing,” he added.

Purkayastha added, “Ironically, retired Justice B.K. Sharma, who started the tradition of sending people to detention camps, has now been appointed as the chairman of the Implementation Committee of the Clause 6 of Assam Accord.”