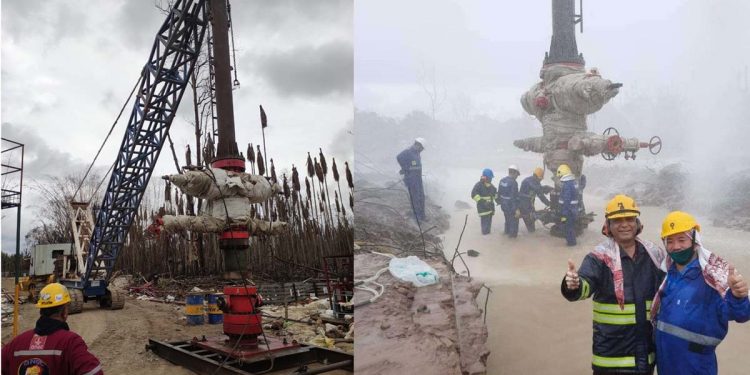 The well capping operation of Baghjan No 5 oil well was initiated on Monday morning and the Capping Blowout Preventative (BOP) Stack was successfully placed over the well head.

Oil India Limited (OIL) spokesperson Tridiv Hazarika said, “We have successfully done the capping operation on Monday morning. Capping does not mean, we have doused the fire. Killing will be done tomorrow.”

“The 16 studs have also been tightened. The preparations for killing operations are on. The BOP and the lines connected to it are being kept cool through continuous spraying of water,” an OIL press statement said.

Baghjan 5 oil well blowout occurred on May 27 while workover was going on at the site followed by a major fire at the site on June 9 which resulted in the death of OIL’s two firefighters.

A total of 2,756 families affected by the Baghjan fire have been surveyed for assessment of damage for compensation till Sunday in Doomdooma and Tinsukia circles.

Oil and gas production continues to be affected due to forceful closure of a few oil and gas wells connected to Baghjan EPS.

Drilling and workover operation also continue to be affected at some locations due to forceful closure of operation.

A total of 29,475 Metric Tonnes of Crude Oil and 69.71 Million Metric St. Cubic Meter of Natural Gas have been lost as a result of protests/blockades/ bandhs in and around Baghjan area since May 27.