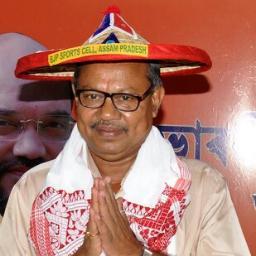 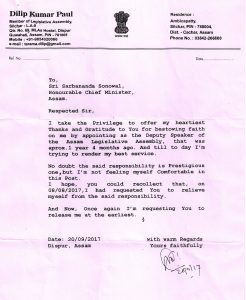 In the letter to the Chief Minister Sarbananda Sonowal, a copy of which is available with Northeast Now, Paul stated ‘he is not feeling comfortable in the post’. Paul also reminded Chief Minister in the letter that he had requested him on August 8 last year to release him from his responsibility.

The Deputy Speaker of the Assembly wrote another letter to Sonowal on April 7 requesting him to release from his responsibility. Paul wrote to Assam Assembly Speaker Hitendra Nath Goswami on Tuesday to allot him an accommodation at MLA Hostel complex in Dispur.

He has also sent a letter to DGP Kuladhar Saikia asking him to withdraw all his government security personnel, PSOs, drivers and house guards as he has resigned from the post of Deputy Speaker.