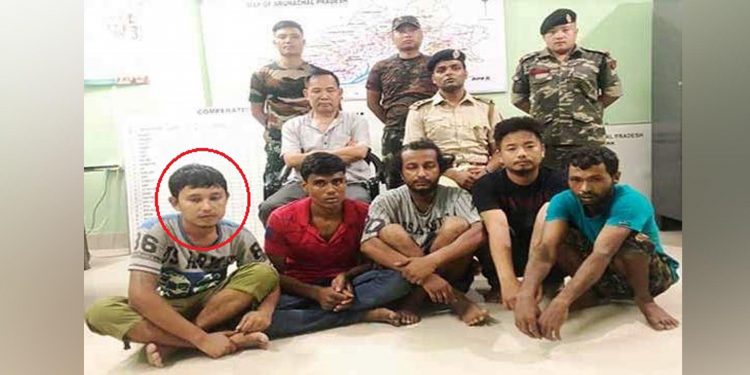 Two drug dealers were arrested in Sootea in neighbouring Biswanath district, while they were on their way to their home district Lakhimpur.

The arrested drug dealers have been identified as Jiten Biswas (32) and Sanjay Bhattacharjee (22).

They were arrested by Biswanath Police on Wednesday night while they were travelling in a car bearing the registration number AS07 M 8922 to Laluk.

Heroin weighing 180 gram, which was concealed inside the door panel of the car, was also seized by the police.

The seized amount of drugs is estimated to be around Rs 15 lakhs in the market.

The arrest of the drug dealers and recovery of heroin has once again brought to light that the illegal world of drugs is still very much active in Lakhimpur.

Jiten Biswas is a history-sheeter and he was arrested with four others on July 20, 2018, from Naharlagun in Arunachal Pradesh.

One 9mm pistol, two live rounds and around 85 grams of heroin were also seized from him then.

He was also arrested in 2015 by the Sipajhar police in Darrang district with banned substances.

On October 16, 2019, police had arrested drugs peddler Mukunda Das, Ashim Gogoi and Riju Nandi in Harmutty along with heroin weighing 44.6 gram and ivory.

On July 3, 2019, one Dilwar Hussain and Moinul Islam were arrested by police in Karunabari under Laluk Police Station in Lakhimpur along with 28.7 grams of heroin.

On May 24, 2019, Lakhimpur Police arrested two brothers- Pradip Biswas (33) and Deepak Biswas (28)- residents of Harmutty under Laluk police station and recovered 9.70 gm heroin from their possession.

A huge amount of finger-sized plastic containers suspected to be used in carrying the banned substances and a cash amount of Rs. 2.5 lakh were also recovered from their possession.

The arrests were made on the basis of the statement of one Bhagyajeet Pegu (22) a drug user, who was spotted by some members of student organizations buying drugs from a car in Bantow area of North Lakhimpur town.

This led to the discovery of a drug peddling network run by one Nipon Das of KB Road area of North Lakhimpur.

Wednesday night’s arrest of Jiten Biswas and Sanjay Bhattacharjee has once again revealed that the drug peddling is going on unabated in the Assam-Arunachal border.